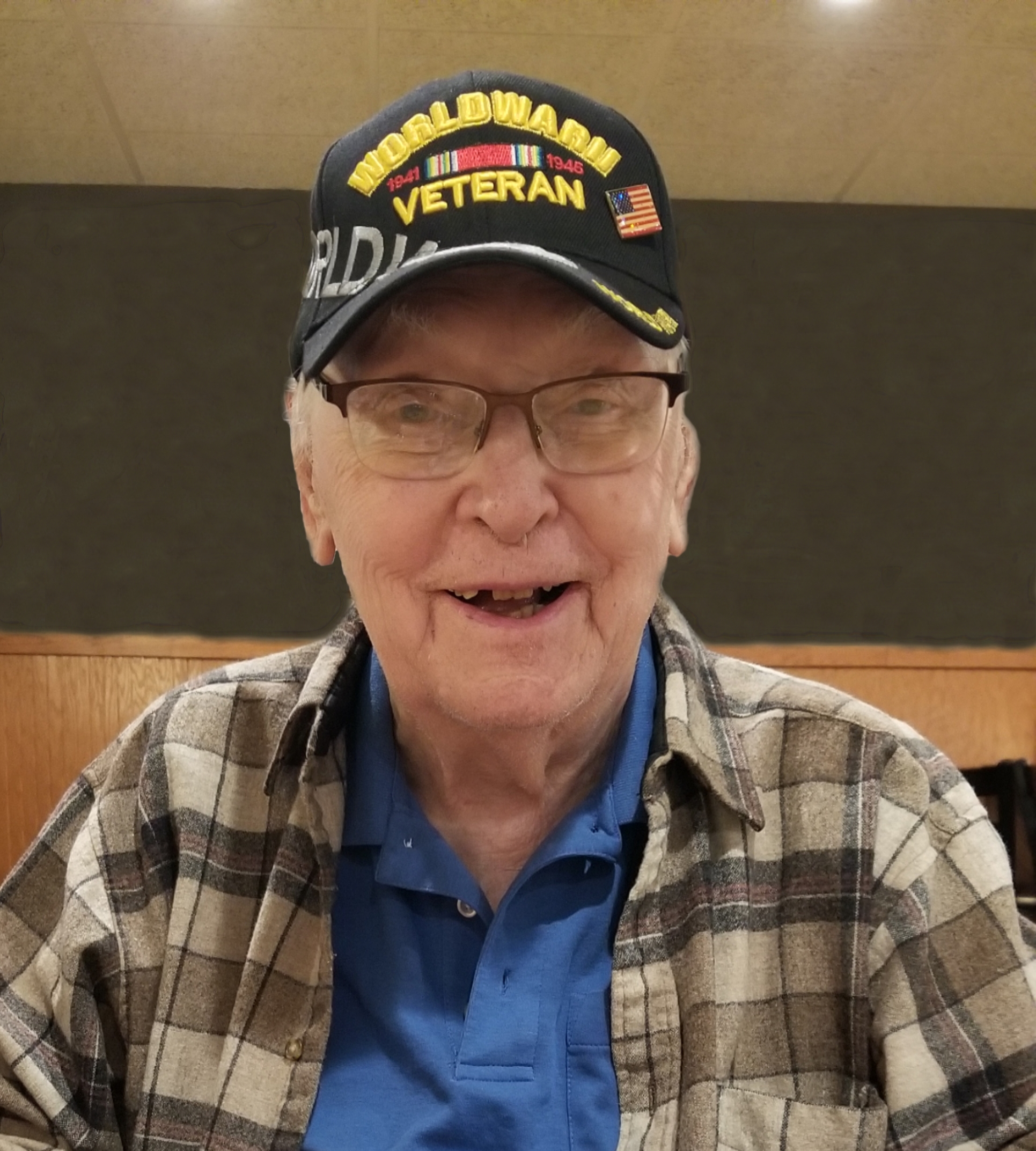 Warren was born on Thursday October 15, 1925 in Medina, ND to Gustav and Elphild (Lindquist) Opp. The Opp family moved with their three young children from Medina to Wheaton, MN in 1926.

Warren entered Wheaton Primary School in 1931 and graduated from Wheaton High School on June 4, 1943 along with 38 other classmates. Their high school years were very much affected by World War II, Warren was no exception in his sense of duty to his country and enlisted in the Army Air Corp at the age of 17 years on August 13, 1943 and entered active duty on October 11, 1943. He spent his Air Corp training in Texas, North Dakota, Colorado, California, Idaho and ultimately Washington state as part of a 10 man flight crew working as a nose gunner. He was honorably discharged on March 9, 1946. He proudly was a continual member of the American Legion for 76 years.

Warren met Doris Newberger in February 1947 at the now gone Woodman Dance Hall and they later married on May 10, 1948 in Herman, MN. During their 55 years of marriage they had 5 children. They lived in Wheaton, Two Harbors,MN; Sisseton,SD; Cottage Grove, MN; and they moved to Waite Park, MN in November 1999 where Warren resided until August 2021 when he moved to Woodcrest Assisted Living, St Joseph, MN.

My condolences to the family of Warren Opp. He will always hold a special place in my heart.
I met Warren in 2005 as he was a volunteer at the CentraCare Health Plaza and he delivered medications for us in the Infusion Pharmacy. Warren and I had a lot in common as we both grew up in Traverse County, he in Wheaton and me by Beardsley. We knew the history, the people, and the businesses in these small western Minnesota towns. We both had the time of our lives celebrating St Patricks Day in Graceville in our younger years and would talk about it with each passing year! He reminded me of my own father in many ways, having served in WWII and the deep pride he had for his country. Warren knew life was about people and he would never miss the opportunity to greet you or to get to know someone new. In the many talks I had with Warren over the years, I know the pride he had for his family and how much he cherished his years with Doris.
Warren will be missed by many but I am happy for him that he is now reunited with Doris. ❤️
Long live the memory of Warren Opp.