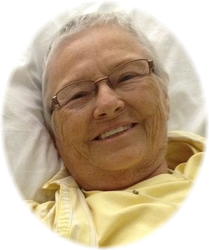 Funeral Services celebrating the life of Sharon Lois Geissler, age 70 of South Haven will take place at 3PM Saturday, February 1, 2014 at the Seventh Day Adventist Church in Hutchinson.  Pastor Wayne Morrison will officiate and a private family burial will take place at a later date.  Sharon died peacefully in her sleep at the University of Minnesota Hospital after a long and hard fought battle with cancer.  There will be a gathering prior to the services Saturday afternoon from 2-3PM and a time for sharing and after the service at the church in Hutchinson.  Arrangements are being made with the Miller-Carlin Funeral Home of St. Cloud.Sharon was born May 3rd 1943 in Minneapolis to Clifford and Joyce (Carlson) Peterson-Watson.  She grew up in Hutchinson where she met and later married Arlan Geissler.  The couple was married on April 25, 1964 in Milbank, SD.  The couple lived in the cities until 1973 when they moved to a farm near South Haven where she lived the rest of her life.  Sharon took great pride in raising her children working as a home-maker until they were grown. Later in life, she worked for Coborns and Creative Memories before cancer forced her into retirement in 2004.  Sharon was a member of the Fairhaven Homemakers, a past member of the Lion’s Club, and a member of the Seventh Day Adventist Church in Hutchinson.Sharon is survived by her loving husband of nearly fifty years Arlan Geissler, South Haven; her children Kim (Greg) Kummet, Eden Valley; Keith (Katrina) Geissler, Monticello; Cary (Pam) DeCamp, Kansas City; her six grandchildren Shawn, Jamie, Erin, Eric, Hannah, Madison; her mother Joyce Peterson, Grand Rapids; and her siblings Curtis (Charlotte) Peterson, French Lake; Merle (Peggy) Peterson, North Carolina; Russ (Kathy) Peterson, South Dakota; Merry (Dwight) Moody, Grand Rapids.She is preceded in death by her father Clifford Peterson.

Funeral Services celebrating the life of Sharon Lois Geissler, age 70 of South Haven will take place at 3PM Saturday, February 1, 2014 at the Seventh Day Adventist Church in Hutchinson. There will be a gathering prior to the services Saturday afternoon from 2-3PM and a time for sharing and after the service at the church in Hutchinson.

Arlen and family, our thoughts and prayers are with you during this difficult time. Sharon had a caring and loving heart and a beautiful smile. Quent and I will always treasure all of the fond memories of Sharon.

Kim and family, I am so sorry for the loss of your mother. My thoughts and prayers are with you at this difficult time. Hugs, Darla Serbus

Arlan, Keith, Kim & family
So sorry to hear of Sharon’s passing. Such a beautiful spirit she had, so loving & caring. And such a fighter. With all she had been through, her smile always appeared even though she may not have felt like smiling. She will be greatly missed by all that knew her. A big hug to you all. May you find comfort in the memories.

Arlan
So sorry to hear about Sharon’s passing. We know how much of a fighter she was. May all your memories of you two together keep you smiling. Ours prayers and sympathy go out to you and your family in this time of saddness. May that wonderful smile of hers stay in everyones memories and hearts.

So sorry about your loss. Sharon was fun to work with at Creative Memories –lots of memories. but the one I will remember is her giving me my cat and naming her Patches. Whenever I look at her I will think of Sharon.

Arlan
We are so sorry to hear of Sharon’s death. She put up a good fight. You and your family will be in our thoughts and prayers.