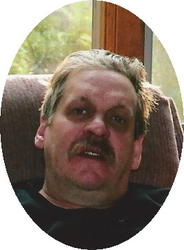 Services celebrating the life of Ronald B. Anderson, age 57 of Baxter, will be 2:00 PM, Tuesday, April 28 at the Miller-Carlin Funeral Home Chapel in St. Cloud.  Burial will be in Northstar Cemetery.  Ron died Friday at his mother’s home in St. Cloud after a brief illness.  There will be a visitation after 1:00 PM Tuesday at the funeral home in St. Cloud.

Ron was born September 22, 1957, in Minneapolis to Allen and Audrey (Swenson) Anderson.  He grew up in Moose Lake and graduated from the Moose Lake High School.  He moved to White Bear Lake and then settled in Baxter where he has lived for over 30 years.  He owned “Captian Ron’s” bar in Staples for several years.  He sold the bar two years ago and authored a children’s book, “Quack, the Lucky Duckling.”  He has donated proceeds from the sale of each book to Camp Confidence in East Gull Lake, MN.

He is preceded in death by his father, Allen Anderson in 2009.

Visitation will be from 1:00 PM Tuesday, April 28 unitl the services at the Miller-Carlin Funeral Home in St. Cloud

Services will be 2:00 PM, Tuesday, April 28 at the Miller-Carlin Funeral Home Chapel