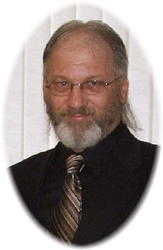 Mass of Christian Burial celebrating the life of Randall M. Nierenhausen, 54, of Saint Cloud, will be at 11:00 AM on Monday, September 8, 2014 at St. Joseph Catholic Church in Waite Park.  Father Al Stangl will officiate and burial will take place in the parish cemetery.  Randy died at home unexpectedly Tuesday evening from a probable heart attack.  There will be a visitation after 10:00 AM until the time of service on Monday at the church in Waite Park.  Arrangements are being made with the Miller-Carlin Funeral Home in St. Cloud.

Randy was born on April 9, 1960 to Kenneth and Angeline (Kotzer) Nierenhausen in Saint Cloud.  He was raised in the area with six brothers and graduated from Albany High School.  He spent some time in the military and most recently worked for Stemm Transfer as a truck driver for five years.  Randy had a great personality and loved to help people.  He enjoyed spending time outdoors hunting, fishing, and playing softball when he was younger.  Randy liked trucking, stockcar racing, and playing cards with family and friends.  He was a happy-go-lucky man who was kind to his mother and fondly.  He was a member of the Albany Legion.

He is preceded in death by his father Kenneth in 2008, his grandparents, and his nephew Daniel Nierenhausen in 2012.