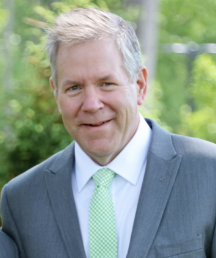 A visitation will be at the Miller-Carlin Funeral Home, St Cloud, MN from 4:00 PM to 8:00 PM on Monday, February 15th. A Catholic Mass celebration of John’s life will take place on Tuesday, February 16th at Immaculate Heart of Mary Catholic Church, Crosslake, MN at 11:00 AM

John died peacefully on February 8, 2021 at the age of 64, after a courageous battle with Prostate Cancer and Melanoma. John is sur¬vived by his wife, Michele (Kot) Buttweiler, and their children Robby (Meghan) Buttweiler, Dayton, MN, Brittney (John Paul) Becker, Eden Prairie, MN, and Sam Buttweiler, Eden Prairie, MN. They were blessed with 3 grandchildren: Emersyn, Camryn, and Henry. John is also survived by a brother, Kurt (Tammy) Buttweiler, St. Augusta, MN, and a sister, Terisa (Dan) Doll, St. Cloud, MN, along with many nieces, nephews, and cousins. He is also survived by many great friends along with his greatest friend and companion, Darby, their beloved Westie. He was preceded in death by his sister, Krista and his parents.

John was born May 3, 1956 in St. Cloud, MN to Earl & LaVonne (Hommerding) Buttweiler. He graduated from St. Cloud Tech High School in 1974 and then went on to graduate from St. Cloud State University. He married the love of his life, Michele on September 6, 1980. They spent most of their married years in St. Cloud, MN with stops along the way in Charles City, IA, Minnetonka, MN and winters in Tucson, AZ. They then moved to their seasonal cabin in Merrifield, MN in 2017 and soon decided to make it their permanent home. John’s final build of this home was a testament to his unending strength and endurance to not let trials and tribulations get in the way of your dreams.
John worked for American Family Insurance for 39 years and made many close friends in the insurance industry. He was involved with coaching hockey and was a former President of St Cloud Youth Hockey. He loved to golf and served as a Board member at Wapicada Golf Course. He is a member of the Knights of Columbus and the Eagles Club. John enjoyed playing high school sports, golfing, fishing, traveling throughout the US and Europe, family ski trips to Montana, and vacations in Mexico. He relished his fishing trips to Canada and loved cheering on his kids in sports. John made many lifelong friends throughout his many adventures. He truly impacted many people’s lives in a positive manner, and he will be greatly missed. John enjoyed spending time at the cabin on Horseshoe Lake where he spent many summers with family and friends. He always looked forward to the Fishing Opener, organizing golf outings, and the couple’s golf weekend. The cabin had a special place in John’s heart, and he was happy to call it home for the last several years.

A Catholic Mass celebration of John’s life will take place on Tuesday, February 16th at Immaculate Heart of Mary Catholic Church, Crosslake, MN at 11:00 AM.

John was wonderful supervisor. He always had your back and was well respected by all of his employees. I am grateful he was able to spend his last years at the lake, enjoying time with the grandkids and the rest of the family. He will be missed!!

Michele and family,
I am so sorry for your loss. I pray that God’s peace and comfort will surround you in the coming days. Send virtual hugs and lots of love. ❤

John B. was a great person. I’m glad I got the chance to know and work with him. He was down to earth and always had smile on his face. He will be missed!!

He loved his life and family so much! I’m so sorry to the entire family for your loss . Please know my prayers and hugs are with you all! John was the kindest man. He was lucky to be blessed with such a loving marriage, spouse, children, and grandchildren. Thinking of you and the memories he left us with 👍🏻🙏🏻🥰

I knew John as a fellow knight of Columbus, a quiet, peaceful, sincere man who was always willing and ready to volunteer. He will be missed by not only the knights but also by the entire parish. God love him.

Some of the best memories of my life were our Montana ski trips with John and your family. Staying at the Comfort Inn and the nights at the pool and hot tub after a long day at Bridger Bowl. I still remember the exact tables we’d sit at for our lunch breaks at Big Sky. And hitting the Bozeman hot springs on the way home. There was nothing quite like those times with you guys.

And the many, many years of fishing opener golf rounds with John and the crew. Starting out on my grandpa Bill’s land in the early ’90s and getting to see all the versions of your family cabin throughout the years. All the card games we played and playoff hockey we watched. All the food John and Kurt cooked up. I still don’t know if we even fished at all. It was just one of my favorite times of the year. Days with John that I know my dad and I will never forget.

I was lucky enough to play golf with him and Sam this past Father’s Day and spend more time with him and Michele last summer in Montana while visiting my parents. It just reminded me how great he was. Even when things were tough his dry sense of humor and easiness to be around were truly unmatched.

It’s hard knowing that he’s gone, but his presence in this world has made all of our lives so much better. My family and I will cherish him in our memories forever. We’ll miss you John.

Michele,
I am so sorry to hear about your loss. You and your family are in my prayers.

To John’s family I am so sorry for your loss!!! I agree with Loni he was a great manager!!! And a wonderful man!

John always had a warm smile and a huge heart. I only knew him for a short time but his empathy, kindness and leadership left a lasting impression. John was one of a kind and will be missed dearly.