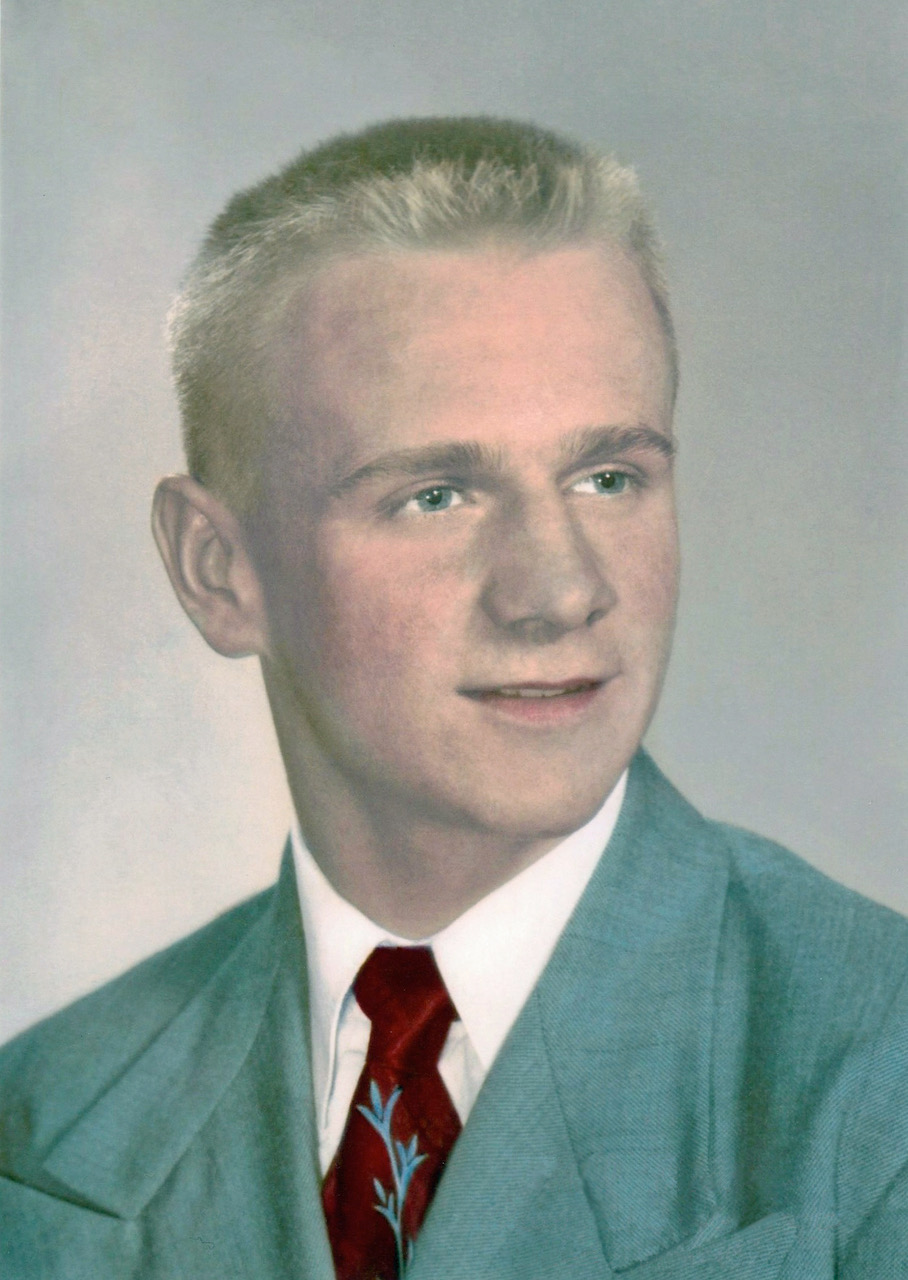 Fred William Rubin, 87, formerly of Clear Lake, Wisconsin, passed away on November 1, 2021 at the Mother of Mercy nursing facility in Albany, Minnesota. He was laid to rest on November 6, 2021 at Moe Lutheran Cemetery in Clear Lake.
Fred was born on October 19, 1934 in Amery, Wis. to Fred Carl and Gertrude (Block) Rubin.
A three-sport athlete at Clear Lake High School, Fred was selected to the all-tournament basketball team his senior year. He attended Gustavus Adolphus College and later the University of Wisconsin, River Falls.
In 1952, Fred enlisted in the U.S. Air Force and served in the Korean War as a weather forecaster with the Air Defense Command at Great Falls Air Force Base in Montana. He then was a weather observer at the K-2 Air Base in Taegu, South Korea and Selfridge Air Force Base, Michigan.
After leaving the military, Fred worked as a meteorological technician with the U.S. Department of Commerce National Weather Service. He was stationed in San Francisco, Calif., Winnemucca, Nev., Rapid City, S.D., Goodland, Kan., Aberdeen, S.D., and St. Cloud, Minn.
Fred married Gloris Larson on May 5, 1957 in Clear Lake, Wis., and raised three children. A descendant of several generations of cheesemakers in Switzerland and Wisconsin, Fred enjoyed researching his family’s history. He was also fond of woodworking, fishing, computers, and helping his children repair their homes. He liked listening to church hymns and country music and had a passion for reading war books. Fred loved to eat, especially meat, macaroni, and all sweets. Fred said the highlight of his life was his marriage to Gloris and their children.
Fred is survived by two sons and daughters-in-law, Mark and Juliann Rubin of Red Wing, Minn. and Bryan and Lori Rubin of Albany, Minn.; daughter and son-in-law Jane and Brian Ziegler of Coarsegold, Calif.; grandchildren William Rubin, Amanda Rubin, Elizabeth Rubin, Greta Ziegler, and Johanna Ziegler; brothers Robert Rubin of Eden Prairie, Minn., David Rubin of Junction City, Kan., Daniel Rubin of Big Canoe, Ga., and Michael Rubin of Birchwood, Wis.; and sisters Geralyn Rubin of Big Canoe, Ga., and Jeanne Patchett of Woodland Park, Colo.
He was preceded in death by his wife, parents, and grandson Theodore Rubin.

A visitation will be held at 10:00 AM on Saturday at the church

Services for Fred Rubin will be held on Saturday, November 6, 2021 at Moe Lutheran Church in Clear Lake, Wisconsin at 11:00 AM. Burial will follow in the parish cemetery.

So sorry to hear of Fred’s death… he was a very sweet man.. he and Clara used to walk every day by our house and were so cute together… my condolences to the family.

So sorry to hear of Fred’s passing, such a nice man. Lots of good times in Texas be it sporting events, playing with the kids, holidays or the many meals together. Our thoughts and prayers are with the entire family.