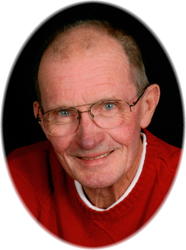 The Mass of Christian Burial, celebrating the life of Douglas Michael Heinen, age 71 of St. Cloud, will be 11:00 AM Monday, November 18 at Holy Spirit Catholic Church in St. Cloud.  Burial will be in Assumption Cemetery.  Douglas died peacefully with his family at his side, at home on Wednesday after a long illness.  There will be a visitation from 4-8:00 PM Sunday at Miller-Carlin Funeral Home in St. Cloud and will resume from 9:30 to 10:30 AM at the funeral home on Monday morning.  Parish prayers will be at 7:00 PM Sunday at the funeral home. Arrangements are being made by the Miller-Carlin Funeral Home of St. Cloud.Doug was born May 14, 1942 in St. Paul to Andrew Sr. And Delphine (Lipski) Heinen.  He grew up in Holdingford and married Nancy Supan on November 6, 1965 in St. Stephen.  The couple moved to St. Cloud in 1971 and Doug worked for Viking Coke as a manager.  In 1990, he left Viking Coke and opened H.R. Pesty’s Saloon and Eatery.  He operated the bar until selling it to his son, Sam, in 2004.  Doug had a great sense of humor, he loved laughing and spending time with his children and grandchildren.  He enjoyed time at his cabin on Big Birch Lake and fishing, hunting and golfing with his friends.  Even after selling H.R. Pesty’s, he still enjoyed visiting with friends and former customers there.  Doug was a member of Holy Spirit Catholic Church in St. Cloud.Doug is survived by his wife, Nancy, St. Cloud; his children, Sam (Jodi) Heinen, Sartell; Missy (Dan) Rosenthal, St. Cloud; Neil (Sigrid) Heinen, Pleasant Hill, CA; five grandchildren; Kyle, Jordan, Gabby, August and Dane.  He is also survived by his brothers and sisters; Andrew Jr. (JoAnn) Heinen, Sartell; Lynn (David) Litchy, Palm Springs, CA; Darryl Heinen, Keizer, OR ; and Maureen Heinen, Minneapolis.He is preceded in death by his parents.

Memorials are preferred to the Saint Cloud Hospital Hospice or the Saint Judes Cancer Research Foundation.

So sorry for your loss. I always smiled when I would see doug out mowing the lawn.

Sam & family,
We are sorry to hear about the loss of your father.

Dear Heinen Family, my condolences on your Husband, Father and Grandfather. Please know that you are in our thoughts and prayers.

Nancy & Family,
My deepest sympathy in the death of Doug. You all are in my thoughts and prayers. May all the many wonderful memories you have of Doug comfort you during this sad time in your life.

Our thoughts and prayers are with the Heinen family.
Sincerely,
Rob & Kasey Curran

Our thoughts and prayers go out to the entire Heinen Family at this difficult time. May your happy memories and God’s love and Grace bring you comfort. Tim & Laurie Clancey – Pleasant Hill