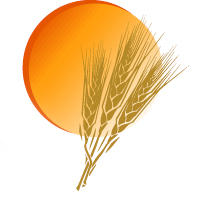 Services will be private for Donald G. Matakis, age 88 of St. Cloud who passed away Thursday, September 14, 2017 at his home in St. Cloud.  Arrangements are being made by the Miller-Carlin Funeral Homes.

Don was born February 26, 1929 in Faribault Minnesota to Thomas and Marie (Swain) Matakis. He graduated from Faribault High School.  He entered St. John’s University in 1945 where he studied for two years.  He married Donna Mae Swanson in 1951, they divorced in 1973. Don worked as a welder for Williams Pipeline during this time. He continued his education, earning a Bachelor’s degree in education from Mankato State University and a Masters of Education Administration from the University of Minnesota in 1962.  Don also was in the Naval Reserve for 3 years.  He taught Business at Mazeppa schools and was a principal at Zumbrota schools until moving to St. Cloud.  Don married Dorothy McCormick Burger on November 22, 1974.  Don worked in Administration as an Assistant Principal with School District 742, first at Technical High School, moving to Apollo High School when it opened in 1970.  He returned to Tech in 1980 where he worked until he retired in 1986.   He enjoyed Racquet Ball, Hand Ball and he was a lifelong tennis lover, he played until he turned 86. Don also flew light aircraft. He had an infectious laugh and a great sense of humor. He was a volunteer for Adult Basic Education, Hospice, and an Ombudsman for Country Manor Nursing Home.  Don was a member of St. Peter’s Catholic Church where he was a Befriender.

Don was preceded in death by his parents Thomas & Marie, his brother, Thomas Matakis Jr. and his sister, Patricia McKiernan.

In lieu of flowers please make a donation to the charity of your choice.

Services will be private for Donald