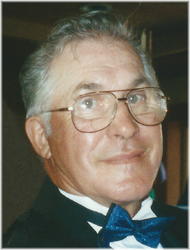 Services celebrating the life of Dale W. Soltis, 87, Bowlus, will be at 11:00 AM on Tuesday, January 3, 2017, at the Community Country Church in Holdingford.  Pastor Gregg Valentine will officiate and burial will take place with military honors in the South Elmdale Congregational Church Cemetery.  Dale died on Tuesday afternoon at the VA Medical Center with his family at his side.  There will be visitations at the church on Monday, January 2 from 4:00-8:00 PM, with a prayer service at 7:00 PM, and again after 10:00 AM until the time of the service Tuesday morning.  Arrangements have been entrusted to Miller-Carlin Funeral Home, Holdingford.

Dale was born on August 22, 1929, to Alvin and Edna (Konsor) Soltis in Holdingford.  One of eight children, he grew up on the farm and graduated from Holdingford High School in 1948.  In 1951, Dale entered the US Army and proudly served his country during the Korean Conflict.  He married Delores Bjerke on November 3, >1951, and together they raised five children in Bowlus.  Dale was a sports fan, especially basketball and football, which he played in school.  He was an avid horseman and his horses were his passion.  Dale broke his own teams and joined parades with his fjord teams.  He also enjoyed hunting: waterfowl, pheasant, and deer.  He loved his farm, enjoyed fieldwork, and picking mushrooms and strawberries.  Family was immensely important to him and he adored his grand- and great-grandchildren.  Dale was a very hard-working man and was employed at DCI for 43 years as a welder and foreman while also running his dairy farm until 1977 and then a pig farm until the early 90s.  He was fearless; a leader who took charge.  He was a member of the Community Country Church in Holdingford, the Holdingford American Legion, and had volunteered with the Morrison County Sheriff Posse.

He is greeted in Heaven by his parents Alvin and Edna Soltis, his infant son Ricky and a stillborn son, and his brothers Billy and Dick Soltis.

I am so very sorry for your loss. May your warm memories of Dale comfort you until the day you are reunited. (John 5:28,29)