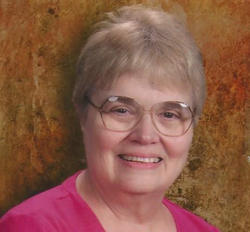 Beverley was born in the town of Amityville on Long Island, NY on January 18,  1943 to Hans Bernard Ahlsen and Lillian Mae (Von Essen).

Beverley was introduced to violin in 4th grade in Hicksville Public Schools.  She developed a strong interest in music and decided to become a music teacher.  She taught orchestra and strings from 1969-2001 in District 742, St Cloud.  Prior to that she taught in Valley Stream. NY and Toluene, IL.

In 1958, Beverly earned  her Master’s at the University of Illinois.  Beverley was briefly married to Melvin Dean Williams and decided to keep the name Williams upon their divorce.  Besides a strong interest in music, Beverley enjoyed politics, feminist issues, and loved to travel.

Beverley married Steven Eckblad  in 1975: their daughter Lied Ahlsen Eckblad was born in 1976.  Lied is a musician, nurse and Suzuki mom.

In the 1970’s Beverley cofounded the Saint Cloud Suzuki Studio with Nedra Layne and Steven Eckblad.  They enjoyed  many wonderful years of working together.  Beverley taught orchestra music for 31 years in District 742.

In Saint Cloud,  Beverley has been an active musician, playing in the St Cloud Symphony, Amadeus Chamber Orchestra, the Verve Quartet and Bethlehem Chamber Orchestra.  She founded the Mississippi Strings Camp in 2006.  After retirement, in 2001, she was persuaded to return to teaching one day per week at Clearview Elementary School and enjoyed doing that for five years.

Our heartfelt sympathies to Steve and family.  Sending prayers your way.

My sympathy to Mrs. Williams’ family. While I wasn’t ever in orchestra, Mrs. Williams would substitute teach when our grade school music teacher was out. Back in the early 70’s at Roosevelt Elementary, she introduced us to a special friend of hers, Mr. Hook. I’ll never forget how exciting it was when he “visited” the classroom with her.

My sincere sympathy goes out to Ms. Williams family and friends. I was blessed to have her as my first violin teacher at Garfield Elementary and later as my orchestra director at Tech. Such an encourager as well as an incredible musician and mentor. Prayers for peace and comfort.