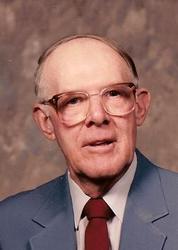 ANDREW P. HEINENSeptember 6, 1921  January 24, 2010  The Mass of Christian Burial, celebrating the life of Andrew P. Heinen, age 88 of Albany, will be 11:00 AM Saturday, January 30 at Seven Dolors Catholic Church in Albany.  Burial will be in the parish cemetery.  Andrew died on Sunday at his home in Albany.  There will be a visitation from 4-8:00 PM Friday and again after 10:00 AM Saturday at the church in Albany.  Seven Dolors parish prayers will be at 4:30 PM Friday at the church.  Arrangements are being made by the Miller-Carlin-Brenny Funeral Home in Albany.   Andrew was born September 6, 1921 in Albany to Mathias and Agnes (Kuper) Heinen.  He married Delphine Lipksi on January 20th 1945 in St. Mary’s Catholic Church in Holdingford.  In the 1950’s, he was co-owner of Andy’s Bar and Del’s Café and also operated his own trenching business in Holdingford and the surrounding area.  He was a regional distributor for Harper Brush Company for twenty seven years until his retirement. Andy  was a member of Alcoholic’s Anonymous for over fifty five years.  He was an avid card player who loved to dance and play golf.  Andy enjoyed the many winters he spent in Arizona.   Andrew is survived by his children; Doug (Nancy) Heinen, St. Cloud; Andy (Joann) Heinen Jr.; Rice; Linda (Dave) Litchy, Salem OR; Darryl Heinen, Salem OR; and Maureen Heinen, Shoreview.  He is also survived by his sisters, Helen Scepaniak, Albany; Clara Klimmek, Holdingford; brother, Tony Heinen, Albany, ten grandchildren and 14 great-grandchildren.   Andrew is preceded in death by his parents, his wife, Delphine in 1978; and his brothers and sisters, Elizabeth Miller, Mary Block, Therisa Evertowsky, Alois Heinen, Joe Heinen, Barney Heinen, Herman Heinen, step-brothers and sisters; Ben Heinen, Matt Heinen, Martin Heinen, Nick Heinen, Mike Heinen, Mike Heinen, John Heinen and Katherine Sauter.

There will be a visitation from 4-8:00 PM Friday and again after 10:00 AM Saturday at the church in Albany.

11:00 AM Saturday, January 30 at Seven Dolors Catholic Church in Albany. Burial will be in the parish cemetery.

Take care Andy. I have fond memories of your place in Holdingford MN. from where Dougy and I went on many hunting parties also. I remember helping you put in a couple of trenches too. I remember also when you came to the Wentland farm and dug-in the sewer system. Rest in Peace and wait for the new time to arrive, see you then, Ed