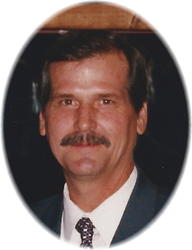 The Mass of Christian Burial, celebrating the life of William “Willie” Wolke, age 63 of Freeport, will be 11:00 AM, Friday, November 6 at the Sacred Heart Catholic Church in Freeport.  Burial will be at a later date in the Minnesota State Veterans Cemetery in Little Falls.  Willie died Monday, with his wife at his side, at the St. Cloud Hospital.  There will be a time for friends and family to gather after 10:00 AM Friday until the time of service at church in Freeport.   Arrangements are being made with the Miller-Carlin Funeral Homes.

Willie was born November 25, 1951 in St. Cloud to Roman and Margaret (Sakry) Wolke.  He grew up in St. Cloud and served in the U.S. Army during the Vietnam era where he served with an artillery unit stationed in Germany.  After his return to St. Cloud, he worked at the Veterans Administration Hospital as an Alcohol and Chemical Dependency Aftercare Counselor.  He married Anne Henkemeyer on October 2, 1992 in Sauk Rapids.  The couple lived in St. Cloud until moving to Freeport in 1999.  Willie retired from the V.A. in 2003, after 25 years of national service.  He was a member of the Sacred Heart Catholic Church in Freeport, the Albany American Legion, Voiture 40 & 8 and Boxcar, Duck Unlimited, Pheasants Forever and the NRA.

Willie was a kind and generous man who loved animals, especially dogs.  He and his wife, Anne, had many wonderful pets over the years.  They also loved fishing, boating, bird watching and nature.  He also enjoyed his Harley Davidson Road King.  His greatest joy in life was his marriage to his beloved wife, Anne.

Willie is preceded in death by his father in 2010.

There will be a time for friends and family to gather after 10:00 AM Friday until the time of service at church in Freeport.

The Mass of Christian Burialwill be 11:00 AM onFriday, November 6 at the Sacred Heart Catholic Church in Freeport.

Anne we are sorry to hear of Willies passing.