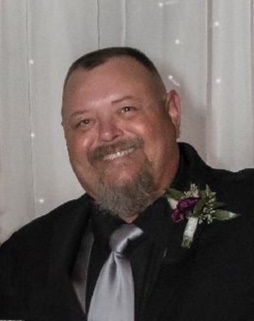 Services celebrating the life of William “Bill” Hamlin, age 47 of Cambridge, will be 7:00 PM Thursday, August 8, at the Miller-Carlin Funeral Home Chapel in St. Cloud. Bill died unexpectedly on Friday, August 2, while camping with his family.   Friends and family may gather from 4:00 PM until the time of the service, Thursday at the funeral home in St. Cloud.

Bill was born September 28, 1971 in Robbinsdale to William and Nancy (Anderson) Hamlin.  He grew up in Coon Rapids and then made his home in Pine City before moving to Cambridge.  Bill married Jean Kaeter on March 16, 2019 in Minneapolis.  He was an owner-operator truck driver and was currently working for Cyndi Ray Transportation.  Bill also enjoyed spending time with his family.

He is preceded in death by his father, William Hamlin in 1997 and his brother, Terry Anderson.

The Service for Bill Hamlin will be at 7:00 PM at the Miller Carlin Funeral Home in St. Cloud MN.