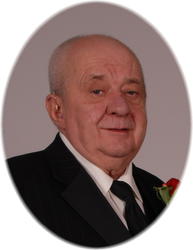 Services celebrating the life of Thomas “Tom” R. Nelson, 71, Sartell, will be at 12:00 Noon on Saturday, January 28, 2017 at the Miller-Carlin Funeral Chapel, St. Cloud.  Chaplain Gregg Valentine will officiate.  There will be a visitation one hour prior to the service.

Tom was born on February 16, 1945 to Henry and Hannah (Langseth) Nelson in Saint Cloud.  He grew up with two siblings and attended Paynesville High School.  Tom proudly served his country in two military branches.  He joined the United States Army in 1968 and served for two years before joining the Navy, where he spent the rest of his 21 year military career.  Tom was a “corpsman,” a Navy medic with training similar to an LPN.  He received a number of meritorious awards for his service in Vietnam and to his country.  Tom married Mary Czeck in 1971 and they welcomed two children though they later divorced.  He enjoyed fishing and playing cards, with cribbage, euchre, and whist among his favorites.  A major fan of Minnesota sports, he most enjoyed following Gophers and Vikings Football.  Tom was happiest relaxing, talking smart, and sharing his sharp wit and dry sense of humor.  It was said he teased most those he loved best.  He was a patriot to the core and was a humble and private man.  He shared his kind and generous spirit with his family and friends.  He was employed by Fingerhut as a factory worker for 20 years until his retirement in 2008.  Tom was a member of the St. Cloud VFW Post 428.

He is preceded in death by his mother Hannah Nelson, his father and step-mother Henry and Julie Nelson, and his brother-in-law Ron “Ronnie” Schultz.

To the family of Tom Nelson, you have our deepest sympathy.

Sending Hugs and Prayers to the Family of Tom Nelson.    So Sorry for your loss.

He was a Good Man with a Good Sense of Humor!  He always made me Laugh and Smile.

Eternal Rest Grant unto him,  O Lord  and Let the Perpetual Light Shine  upon him.

May He Rest in Peace.