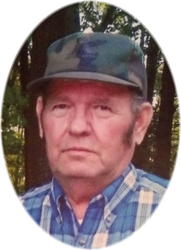 Services celebrating the life of Roger Dykes, 70, of Olivia, will be 11am Friday, October 26, 2012 at the Cross Of Calvary Lutheran Church in Olivia.  There will be a visitation after 9am until the time of service Friday at the church.  Roger passed away unexpectedly at his home Sunday morning.  Arrangements are being made with Miller-Carlin Funeral Home in Saint Cloud.Roger was born in Minneapolis on April 27, 1942 to Elbert and Viola (Flanders) Dykes.  Roger was living in Grantsburg, WI when he married Nancy Teresa Lindquist on September 8, 1962.  Roger gave up bull riding, thinking it too dangerous for a married man and took up other hobbies.  He and Nancy raised three children together and have been blessed by their growing extended family.  They lived in Wisconsin and California before returning to Minnesota, always staying close to family.  Roger held many jobs, such as machinist, welder, and foster parent, and was a jack-of-all-trades.    Roger and Nancy did everything  together.  It was Roger who loved babies and wanted to foster infants.  After twelve years, they had taken in 309 babies.  He was a smart man who could do anything he set his mind to.  He loved the chance to “spend a dime and make a dollar” at auctions and garage sales.  Roger was a passionate woodworker and welder, making dune-buggies and horse-drawn buggies.  If he put his mind to it; he could build it.  Roger was a member of the Cross of Calvary Lutheran Church in Olivia.Roger is survived by his wife of 50 years, Nancy; his children Wanda (Donald) Bendinelli, Olivia; Larry (Roberta) Dykes, Pottersville, MO; his sister Carol Tucker, Lovington, NM; his grandchildren Marc (Shannon Vadnie) Bendinelli, St. Cloud; Melissa (Steve) Thompson, Hutchinson; Mallie (Andrew) Dowdell, Litchfield; Courtney Bendinelli, Willmar; Brittany Bendinelli, Olivia; Brianna Bendinelli, Olivia; Theresa Bendinelli, Olivia; Kristin Dykes, West Plains, MO; Travis Dykes, Pottersville, MO; his five great grandchildren; nieces, nephews, and many friends.He is preceded by his parents Elbert and Viola Dykes; his son Travis Dykes in 1989; and his sisters Margaret Johnson and Marlyce Miller.

There will be a visitation after 9am until the time of service Friday, October 26, 2012.

Our thoughts and prayers are with you at this time of your loss. Please continue to visit us in Siren.

We are so sorry Nancy to hear of your loss. We’ve always had so much fun visiting with you and Roger. We also enjoyed having your dad living next to us in Siren too. Stop and say HI sometime.! We live in Grantsburg still. We can’t make the funeral but we will be sending some flowers. Your in our thoughts.