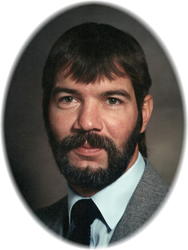 Mass of Christian Burial, celebrating the life of Robert “Snapper” Knapp, age 58 of Avon, will be
11:00 AM Saturday, January 29 at the Seven Dolors Catholic Church in Albany.  Burial will be in
the Minnesota State Veterans Cemetery, Little Falls.   Bob passed away Sunday, January 23,
2011 at the St. Cloud Hospital.   There will be a visitation from 4-8:00 PM Friday and again after
10:00 AM Saturday at the Seven Dolors Church gathering space.  Seven Dolors Parish prayers
will be at 4:30 PM Friday.  Arrangements are being made by the Miller-Carlin-Brenny Funeral
Home in Albany.Robert was born June 28, 1952 to loving parents, John and Loretta (Klein) Knapp.  Bob was the
third of four boys.  He attended Holy Family Grade School in Albany, MN (1966).  At age 14,
Bob won recognition for his skillful use of the bow and arrow while taking down his first of many
deer from a stand in Camp Ripley, MN.  During high school Bob excelled in pole vaulting and is
fondly remembered for his love of all things outdoors.  Bob graduated from Albany High School
in 1970.  On August 8, 1972, Bob was drafted into the US Army and served most of his service in
New Mexico in the Military Police.  Following his active duty, Bob enrolled at the University of
Minnesota Crookston, studying Natural Resources and Soil and Wildlife Conservation.  For many
years, Bob resided at his home on Pelican Lake in St. Anna where he spent much time surrounded
by his passions: hunting, fishing, and nature.  Bob lived his whole life in the Albany/Avon area and
had many life long friends.  Bob will be deeply missed by both family and friends.Welcomed in death by his father, John Knapp and sister-in-law, Mary (Broker) Knapp.  Bob is
survived by his mother, Loretta Knapp, Albany; brothers, Dennis Knapp, Avon; Thomas Knapp,
St. Cloud; and Mark Knapp, Brooklyn Park.  He is also survived by his niece, Ann (Allen)
O’Donnell; nephews, John (Alexia, Matthew) Knapp, Stephen (Lindsey) Knapp and his nephew
and godson, Robert Knapp.Memorials are preferred to the Mother of Mercy Foundation.

There will be a visitation from 4-8:00 PM Friday and again after 10:00 AM Saturday at the Seven Dolors Church gathering space. Seven Dolors Parish prayers will be at 4:30 PM Friday.

Memorials are preferred to the Mother of Mercy Foundation.

May God be with him. Snapper was a wonderful man. I knew him since I was 14 years old. Oh, the fun we all had. He will be missed. My deepest symapthy to the family.

Our family extends its sincere condolences to all the Knapps and your extended family on your loss. You are in our thoughts and prayers at this time.

Snapper, all of my childhood memories of you are so fresh in my mind! You will never be forgotten. May you rest in peace.

Snapper was a great friend of our family. He was wonderful to my sister Jessica and myself. I will always carry all the fun memories of our time together. We will love you and miss you always. Our deepest sympathy to your family.

I was checking Facebook for long lost friends. My heart felt sympathy to his family. I thought I would tell you a tale of times with Snapper in New Mexico. We met through a mutual friend at White Sands. We dated for several months, until it was time to get out of the Army. He started to head home in his old blue van. It broke down outside of Carrizozo NM. A friend of his and I headed to rescue him from the winter cold. He’d slept in the van for a day before contacting me. No cell phones then. He was alot of fun, and we were both young, and just wanted to party and be with friends. He was very mellow and elusive. I’m not surprised at his choices of pleasantries of life. We lost touch after he moved. But I did have a love for him and will always have fond memories of our short time together, here on this earth. Prayers to your family and God bless. Pamela Bourland