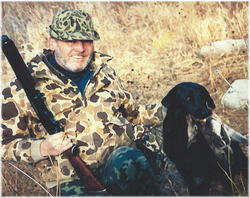 A Memorial Service celebrating the life of Richard O. Asseln, age 74, of Melrose, will be at 11:00 AM on Friday, February 27, 2015 at the Miller-Carlin Funeral Home Chapel in St. Cloud.  Tony Schmitt will officiate and burial will take place at Camp Ripley on a later date.  Richard passed away surrounded by loving family Saturday evening at the St. Cloud Hospital.  There will be a visitation after 10:00 AM until the time of the service Friday at the funeral home.  Arrangements are being made with Miller-Carlin Funeral Home, St. Cloud.

Richard was born on February 12, 1941 to Marvin and Sylvia (Hile) Asseln in LeMars, Iowa.  He grew up with three siblings and after graduating high school joined the military.  Richard proudly served his country in the US Navy as a part of the Air Anti-Submarine Squadron 21.  He married Tilla Oliver on October 1, 1960 in Geneva, Nebraska and together they raised two daughters.  Richard worked as a Flight Instructor for St. Cloud Aviation and delivered planes to Alaska.  After his retirement, he continued to work part time as a Security Guard for Hannon.  Richard was a fun-loving and humorous man who enjoyed family and friends.  A fan of Ducks Unlimited, he enjoyed hunting ducks, deer, and geese.  He also loved his pets, most notably his black lab Rambo who was a cherished hunting companion.  Fishing was another pastime he enjoyed as well as building birdhouses and ice fishing houses.  Richard was a proud, dedicated member of Alcoholics Anonymous and had maintained his sobriety for over 13 years and was supportive of others in their own struggles with addiction.

He is preceded by his parents Marvin and Sylvia Asseln and his beloved dog Rambo.

Sorry to hear about the loss of your father, hold onto his memories forever. Stay strong for your mom and Angie. My sympathy goes to the whole family.