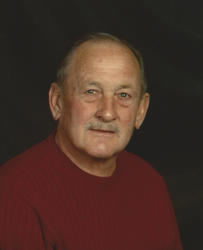 The Mass of Christian Burial celebrating the life of Ray Hedlund, age 83 of St. Cloud will be 10:30 AM, Thursday, October, 12 at St. Michael’s Catholic Church in St. Cloud. Burial with full military honors will be in the Minnesota State Veterans Cemetery. The Waite Park American Legion, the Sauk Rapids VFW, the Moose Lodge and the St. Cloud Eagles Club will be honorary pall bears.  Ray died Sunday at the St. Cloud Hospital. There will be a visitation from 4-8:00 PM Wednesday at the Miller-Carlin Funeral Home in St. Cloud and again after 9:30 AM, Thursday at the church.  St. Michael’s parish prayers will be at 4:00 PM, Wednesday, at the funeral home in St. Cloud.

Ray was born March 23, 1934 in St. Cloud to Henry and Gladys (Keehr) Hedlund.  He grew up and lived in St. Cloud all of his life.  He entered the U.S. Navy in March of 1954 and he was discharged in January of 1958.  He married Connie Laubach on December 22, 1956 in the St. Louis Catholic Church in Paynesville.  The couple has lived in St. Cloud all of their married life.  Ray was the Chief of Security at the Veterans Affairs Medical Center, where he was employed for over 35 years.  He retired in 1989.  He was a member of St. Michaels Catholic Church, The Sauk Rapids VFW 6992, The St. Cloud Moose Lodge, St. Cloud Eagles Aerie 622, and he was a life member of the Waite Park American Legion 428.

Ray is preceded in death by his parents, his sister, Donna Dirks and his daughter-in-law, Kathy (Zenk) Hedlund

The Mass of Christian Burial will be 10:30 AM, Thursday, October, 12 at St. Michaels Catholic Church in St. Cloud. Burial with full military honors will be in the Minnesota State Veterans Cemetery. The Waite Park American Legion, the Sauk Rapids VFW, the Moose Lodge and the St. Cloud Eagles Club will be honorary pall bears.

Sending lots of love and hugs to everybody.

I have so many great memories of Ray. He always called Jeffner and then would grin because he knew I didn’t really liked to be called that.

He will be missed by everyone that knew him.

The memories I have spending countless hours with your family have been flooding my mind these past couple of days.  I add that all of these memories are happy ones.  With only the alley between us, we managed to make quite a few.  Your husband and dad will always hold a special place in my heart.  He gave the greatest big hugs.  Peace be with you and your families as you share this sorrowful time.  Thanks for the memories Ray!   Love, Harmer Jane

Thinking of your family during this time of loss.  With our deepest sympathy.  Chris and Wendy Hayes

So sorry for your loss our thoughts and prayers are with you and your family at this difficult time.

I will always remember Ray for his fun nature and love of the outdoors.  I was fortunate enough to spend a number of weekends going snowmobiling with Ray and Connie while they stayed at my parents resort (Morningside).  When I was in high school I looked forward to those weekends knowing that there would be campfire cookouts while snowmobiling on the lakes and trails.  I also learned about elephant ears (fried bread dough, butter and sugar) from Ray and Connie when they stayed at the cabin.  Elephant ears were a “must have” before heading out on the trails.  I have so many great memories of Ray at Morningside that I will always remember him for the great person he was.  Ray difinitely made an impact on my life growing up and I was blessed to know him.

Connie and family, ​  I was so sorry to hear of  Rays passing.The prayers from Bill and I are with you at this time.  I will call you in a few days and we can talk then.  I know that you will find comfort from your  Faith  and your many friends and family around you.  I still thiink of our  many memories of years past.

Love and miss you,