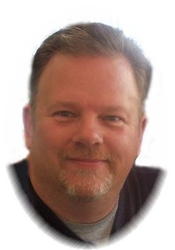 Funeral services celebrating the life of Paul J. Grimmer age 48 of St. Cloud will be 11 AM, Saturday April 28th at the Miller-Carlin Funeral Home in St. Cloud.   Pastor Wayne Anderson will officiate.  Paul died unexpectedly in his home early Wednesday morning.  There will be a visitation from 10 AM until the time of the service Saturday at the funeral home.  Arrangements are being made with the Miller-Carlin Funeral Home of St. Cloud.Paul was born August 2, 1963 in Minneapolis to Dale and Joan (Brennecke) Grimmer.  He grew up in Rogers but has lived the past ten years of his life in the St. Cloud area.  He married Paula Reisdorf on January 28, 1989 in Las Vegas, NV.  He worked as a Sales Manager for McClain Forest Products.  Paul showed his love and respect for his country by proudly serving as a member of the Patriot Guard, he was also a member of the Minnesota Wings chapter of the Gold Wings Club, and was a member of Salem Lutheran Church in St. Cloud.Paul celebrated his life by actively supporting and participating in all of Gabe and Sami’s sports and activities.  He enjoyed spending time outdoors, camping with friends, and motorcycling, but above all, he loved spending time with his family.Paul is survived by his wife Paula Grimmer, St. Cloud; his children Gabriel Grimmer, St. Cloud; Samantha Grimmer, St. Cloud; his mother Joan Grimmer, Pine River; and his siblings Vicki (Don Walz) Grimmer, South Haven; John (Kim Helmer) Grimmer, Elk River; Mark (Wendy) Grimmer, Elk River; and Mathew Grimmer, Pine River.  He is also survived by his pets Buddy and OlivePaul was preceded in death  by his father, Dale Grimmer, who passed away in 1993.Paul’s family would like to extend a heartfelt thank you to the Dave and Kathy Hoffman family for their love and support through this difficult time.

There will be a visitation from 10 -11 AM Saturday, April 28th prior to the service at the funeral home

Funeral services celebrating the life of Paul J. Grimmer age 48 of St. Cloud will be 11 AM, Saturday April 28th at the Miller-Carlin Funeral Home in St. Cloud. Pastor Wayne Anderson will officiate.

I have got to known Paul over the last few years once he took on his position at McClain. Paul was an honest , straight shooting guy, who always talked about his family. He was a class act!!! I enjoyed dealing with him and getting to know him on both a professional and personal level. I was shocked to hear the news of his death as I spoke with him Tuesday afternoon. My thoughts and prayers go out to the family during this difficult time. You were lucky to have had him for a father and husband. I am so sorry. From all of us at Wood Pro- Auburn MA. He will be missed greatly!!
Tony Benvenuti

Paula, Gabe and Sammy,
We are so sorry for your loss. I am eternally grateful to Paul for his watchful eye over Mom these past years. Our thoughts and prayers go out to you and he will forever be in your hearts.
Marty, Julie, Alyssa and Olivia

Shorly after Paul became a member of the McClain Forest Products team, I came to realize that Paul was not just a co worker but also a good friend. He spoke often of his family and his love of camping and motorcycle riding. We spoke on a daily basis and I now find myself missing his humor and wit. My wife and I are sorry for your loss and our thoughts and prayers go out to you and your family at this time. Paul will be greatly missed by us all and I myself am greatful to have called him my friend
Ray and Janice

Paul will be greatly missed. In the short time I knew Paul, he had a zest for life unlike anyone I know…he loved his family, his friends and neighbors. He would do anything for anyone. I am deeply saddened that his life was ended so abruptly..I was so looking forward to getting to know him better being part of his family. We had spoken of camping with my significant other…his brother John, or catching some dinner together. Rest in Peace Paul…you are loved.

I am saddened to hear about your loss. I met Paul thru Jaeckle when he was our wood rep. My prayers are with you all.
Lora Jensen

It saddens my heart to hear of Paul’s passing. I had the prevliage of working with him during the days of Columbia Flooring and I can say it was an absolute pleasure working with Paul. He always had a bright out look, and smile to share; and believe me even if you were on the phone with him you could see the smile. My prayers are with you during this difficult time.
Tammy Miller

My most sincere condolences to Joanie and all the Grimmer family. I knew Paul J growing up in Rogers and I remember all the fun times we had. Our lives take us down all different paths in life, and over the years we spent growing up and the friends we have – we always hope to connect with them again some day. May your memories of Paul, of happy times, of joyful smiles, and hearty laughter carry you through this time. Know that Paul and all his family are in my prayers.

I am truly sorry for your loss. I lived just across the street from Paul for a short time when I was around 8. He would pal around with me and my brothers and sister. May God’s peace be with Paul’s family/friends at this difficult time.

God is our refuge and our strength…Psalm 46:1

Mom, Paula, Gabe, and Sami. Paul was a good brother to me. I want you to know the my life will not be the same without him.
He loved his family more than anything, of this I am proud.
He worked hard and strived to be the best at everything he did, always jumping in with both feet. He was always the first to help family and friends, of this I am in awe.
His wife and children stood strong and tall throughout the celebration of his life, honoring him with strength and support of his friends and family in a way that demonstrated how PJ always put others first, of this I am not surprised, they are his own.
He loved his country and though he did not get the chance to serve in active military, he did donate his personal time to support our troops by serving with the MN Patriot Guard. He went out of his way to personally thank every uniformed soldier he came across for serving our country and risking their lives, of this I am honored.
He was taken too early. I loved him dearly and miss him terribly. I do not know how to fill the void he has left in my life and heart, but will begin by by practicing some of the lessons I learned from his family, his friends, and his coworkers, during the days we spent together remembering him. My heart is broken, but I know wherever PJ is he will reach out to me and help me to make him proud, of this I am thankful.

Dear Paula
We are presently in England and have just heard the sad news about Paul’s passing.I worked with Paul at Columbia Flooring where he was a valued member of our team and a great guy to know.To you and your family my wife and I send our deepest sympathy.