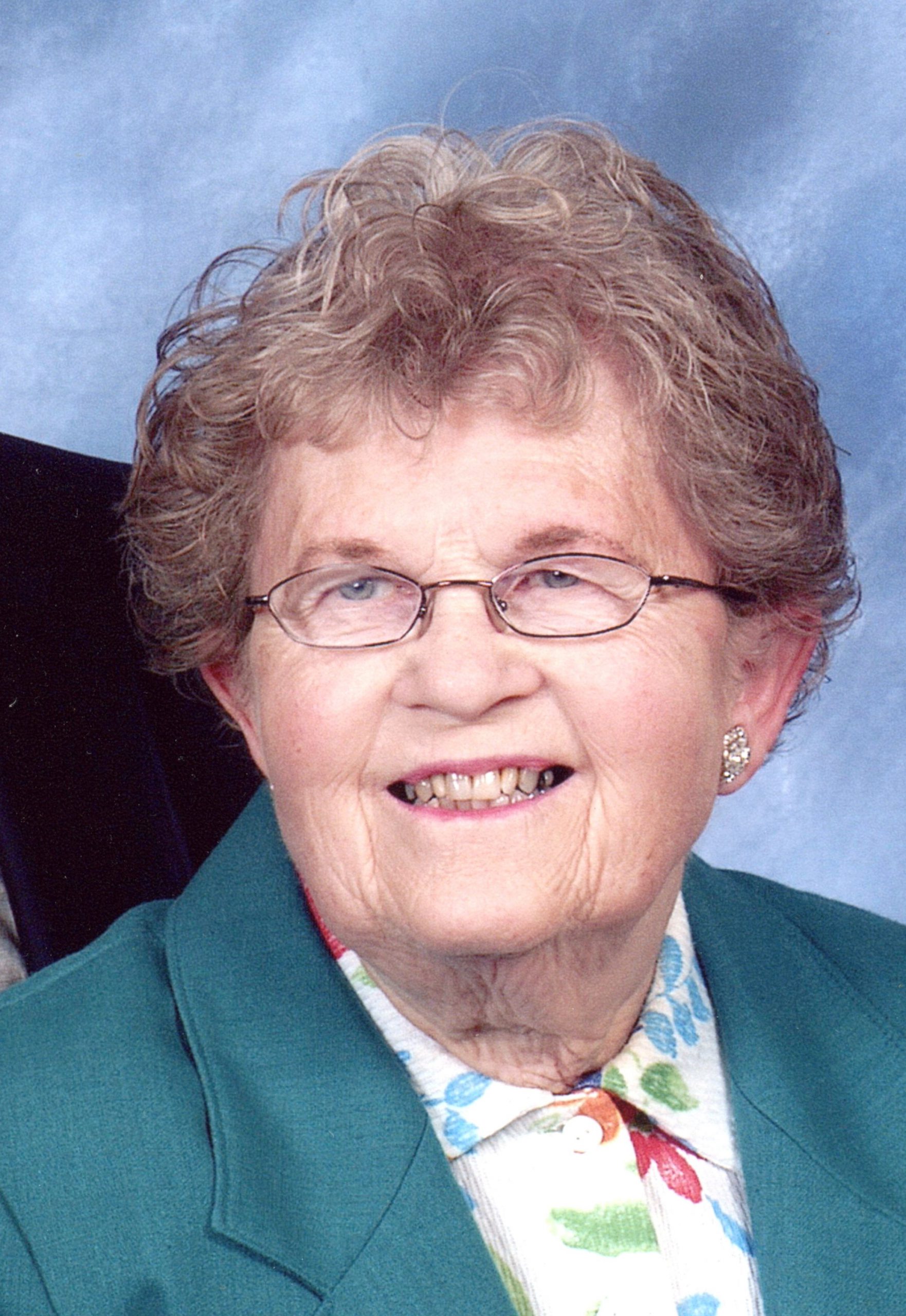 The Mass of Christian Burial for Mildred M. Poepping, age 96, will be held at 11:00 AM on Saturday, February 6 at the Immaculate Conception church in New Munich. Mildred passed away peacefully on Wednesday, February 3, at the Tree of Life Home in New Munich. Arrangements have been entrusted to the Miller-Carlin Funeral Homes.

Mildred was born on July 6, 1924 in Farming, the daughter of Joseph and Rose (Rolfes) Evens; she was raised on the family farm with her seven siblings. On September 26, 1945, she was united in marriage to Joseph B, Poepping in Farming and their union was blessed with six children. They shared nearly 70 years of dedication, faith, square dancing, and card games until Joseph’s passing in June 2014. Mildred was later married to Walter Sand in 2015 and they shared four years of partnership until Walter’s passing in December 2019. She was a proud member of the Immaculate Conception Parish, the Christian Mothers, and the Catholic Aid.

Mildred will always be remembered by her children, Darleen of Albany, Allen of Melrose, Lee of Milaca, Eugene (Amy) of Sauk Centre; 16 grandchildren; 22 great grandchildren; siblings, Bernadette Cordie of Cold Spring, Elmer (Gen) of St. Cloud; siblings-in-law, Peter Doll and Mary Evens; as well as many nieces, nephews, other extended family and friends.

The Mass of Christian Burial for Mildred M. Poepping, age 96, will be held at 11:00 AM on Saturday, February 6 at the Immaculate Conception church in New Munich.

Thoughts and prayers to Darleen, Allen, Lee, Eugene. Many memories of your mom and dad and the card playing they did with my parents and all the aunts and uncles.
Tom and Carol Ramler

Blessings to all of you! I visited your mom & dad a few times when I first arrived in Sauk Centre. And I was blessed to help your mom get married a second time. She was a beautiful woman. Though I am unable to attend her funeral, I will offer a Mass for her. May the Lord Jesus receive her soul in paradise.

Thoughts and prayers are with the family. I have many great memories of Joe and Mildred when we had family gatherings.