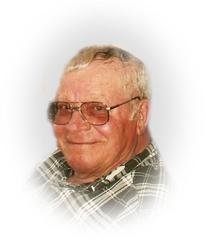 The Mass of Christian Burial, celebrating the life of Melvin Vos, age 76 of St. Anthony will be
10:00 AM Saturday, October 3, at the St. Anthony Catholic Church in rural Albany.  Burial will
be in the parish cemetery.  Melvin died unexpectedly at the St. Cloud Hospital on Tuesday.
Friends may call from 4-9:00 PM Friday and again after 9:00 AM Saturday at the church.  St.
Anthony parish prayers will be at 4:30 PM Friday at the church.  Arrangements are being made by the Miller-Carlin-Brenny Funeral Home, Albany. Melvin was born in Krain Township to Bernard and Hilda (Ricker) Vos. He married Delores Westberg on September 27, 1969 in St. Anthony.  He worked in North Dakota
for a short time, then entered the U.S. Army in 1955, serving in Germany until he was discharged
in 1957.  Melvin remained in the U.S. Army Reserves until 1962. Melvin was a member of the
Operating Engineers Union Local 49, working as a heavy equipment operator for over 40 years
and he retired in 1995.   Melvin purchased a farm in Krain Township in 1966 and he farmed along
with his job with the union. Melvin was a member of the St. Anthony Catholic Church in St. Anthony. Melvin is survived by his wife, Delores, St. Anthony; his children, Dana (Randy) Orr, Las Vegas,
NV; Susan Vos, Waite Park; Judy Vos, Sauk Rapids; Mark Vos, Freeport and Gary (Amy) Vos,
Albany.  He is also survived by his brothers and sisters, Marcella Vos, St. Cloud; Valeria (Leo)
Lehner, St. Francis; LeRoy (Mary Ann) Vos, Albany; Marion Vos, Evansville; Othmar Vos, Cold
Spring; Linus (Doris) Vos, St. Anthony, Betty Olson, Maplewood, Wilfred Vos, Upsala and 2
grandchildren, Madeline Antoine and Hillary Vos Melvin is preceded in death by his parents and an infant sister, Lucille.