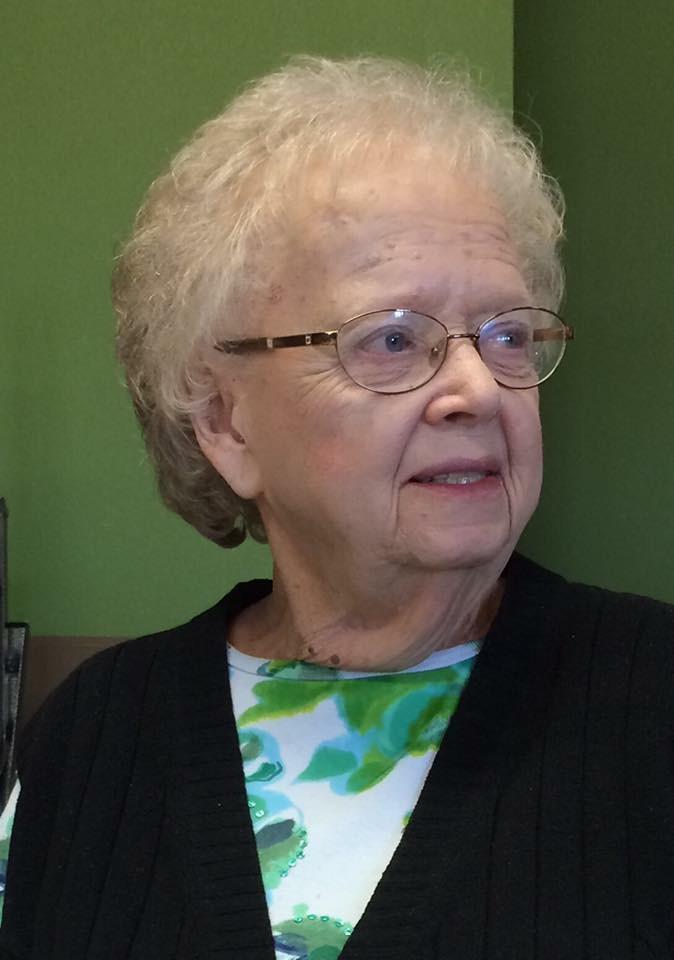 Services celebrating the life of Marlys Swanson Juhnke, age 87 of Little Falls, will be 10:30 AM, Saturday, November 10 at Gethsemane Lutheran Church in Upsala.  Burial will be in the church cemetery.  Marlys died Tuesday at St. Otto’s Care Home in Little Falls surrounded by her family.  There will be a visitation from 4-8:00 PM Friday and again after 9:30 AM, Saturday at the church in Upsala.  Arrangements are being made by the Miller-Carlin Funeral Homes.

Marlys was born October 29, 1931 in Minneapolis to Emil and Mabel (Swenson) Swanson.  The family lived in Upsala until Emil died in 1943.  Marlys and her mother moved to Lafayette.  She graduated from high school in New Ulm in 1949.  She attended college in Mankato where she earned a degree in music with minors in art and piano in 1953.  Her first teaching job was in Wells where she taught vocal music.  She married Richard “Dick” Juhnke on June 26, 1954.  Marlys left teaching for 10 years to raise her children.  She returned to teaching in Kiester, where she taught until 1980.  She and Dick moved to Upsala where she taught until 1987.  She then worked as the food service director at Camp Lebanon on Cedar Lake.  Dick died in the summer of 1987.  In 1990, Marlys left her job at Camp Lebanon after a liver transplant.  She became the director of the Upsala Senior Center as well as continuing keyboarding for her church, Gethsemane Lutheran. She was a member of the League of Women Voters, the Legion  Auxiliary and numerous church organizations.

She is preceded in death by her parents and her husband, Dick.

There will be a visitation from 4-8:00 PM Friday and again after 9:30 AM, Saturday at Gethsemane Lutheran Church in Upsala

Services celebrating the life of of Marlys Swanson Juhnke, age 87 of Little Falls, will be 10:30 AM, Saturday, November 10 at Gethsemane Lutheran Church in Upsala.

My dearest cousin… you were the matriarch of us cousins. You never forgot birthdays or important events in our lives. When we reconnected it was like life began all over again. You n Kellie Bethel behave up there. You were so loved and will be so missed.
Maryanna

Marlys was one of my favorite teachers at Kiester HS. I still love and use art today because of what I learned from her. Bless her memory!

Marlys was a good arts teacher for Kiester and Walters Public School, I always enjoyed going to her class in high school for my arts class, we will miss you Marlys,RIP. Donald L Larson