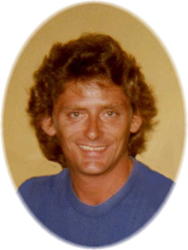 Mass of Christian burial celebrating the life of Mark J. LeClaire, age 54 of Englewood Beach Florida formerly of Big Birch Lake will be 11AM Wednesday, April 27, 2011 at Immaculate Conception Catholic Church in New Munich.  Father Roger Klassen O.S.B. will officiate and burial will take place in the parish cemetery following the service.  Mark died at Tampa General Hospital in Tampa Florida Thursday, April 21st.  Friends may call from 4-8 PM Tuesday, April 26 at Immaculate Conception Church in New Munich and from 10-11 AM on Wednesday again at the church.  Parish prayers will be at 5 PM Tuesday evening at the church.  Arrangements are being made with the Miller-Carlin Funeral Home in Albany.Mark Joseph LeClaire was born April 4, 1957 in Melrose to Walter and Betty (Silbernick) LeClaire.  He lived in the Big Birch Lake area until 1978 when he moved to Englewood Beach Florida.  He was the owner of Boca Grande Restoration Corporation where worked as Contractor/Carpenter.  Mark was a free spirit and lived life to the fullest.  He enjoyed the beach, deep sea fishing, and travelling.  Mark was a handyman who could fix just about anything.Mark is survived by his children, Alycia LeClaire, Cleveland, TN; Brandon LeClaire, Cleveland, TN; his two grandchildren Allana Burchell and Jaiden McIntyre; and his brothers and sister Jesse (Cheryl) LeClaire, New Munich; twin brother, Matt LeClaire, Chickaloon, Alaska; and Joyce LeClaire, Melrose.He is preceded in death by his parents Walter “Cook” and Betty LeClaire; his brother, Luke LeClaire; and his sister Lois LeClaire (Roe).In lieu of flowers, memorials are preferred.

Friends may call from 4-8 PM Tuesday, April 26 at Immaculate Conception Church in New Munich and from 10-11 AM on Wednesday again at the church. Parish prayers will be at 5 PM Tuesday evening at the church.

My Condolences to the Leclaire Family for your loss. I went to school with Mark & Matt. I’ll keep You all in my Prayers.