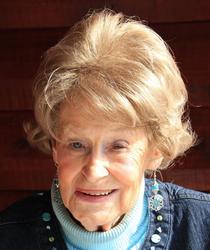 Marjorie Ann (Dunger) Wilson, 85 years old, resident of Little Falls, MN for 9 years, went to be with the Lord on Wednesday, July 20, 2016 at home. A Memorial Service will be held at 2:00 pm on Saturday, July 30, 2016 at First United Church in Little Falls, located on 1st Ave SE near St Gabriel’s Hospital.

Marjorie Ann Wilson was born on June 4, 1931 in LaPlata County, Colorado to Samuel and Naomi (Webber) Dunger. She was the last of four children. She attended college for several years at Ft Lewis College in Durango, Colorado where she was raised nearby in Marvel, Colorado. She married William W Wilson of Emporia, Kansas, who passed away in 2004. Marjorie spent her life raising her family. She held a wide variety of jobs, including retail, working at the school and public library and doing home daycare with her daughter. She traveled all over the world and lived in many different states. She eventually moved to Little Falls MN to be with some of her family. She loved to read, dance, tend to her flowers and most importantly spending time with her family. Her faith in the Lord Jesus Christ sustained her throughout her life and we are rejoicing that she is now home in heaven.

Left to cherish her memory are her four children, Sandy and Wayne Schumacher of Fargo, ND, Edward (Ed) and Gail Wilson of Tucson, AZ, William (Bill) and Tammy Wilson of Woodridge, IL, and Deborah and Michael Coffman of Little Falls, MN, 7 grandchildren, and 10 great-grandchildren with two on the way.

She was preceded in death by her parents, three brothers and one son.

Another “Angel” – Rest in Peace.

What a beautiful lady, I truly enjoyed every day I was fortunate to spend time with her. God Bless you

My mother in law, Margie Wilson, was a wonderful lady.  She was very outgoing and easily made friends wherever she went. She was caring and compassionate but full of spunk. I will miss her sense of humor, the crazy family stories she told, sharing our thoughts about Dancing With The Stars & The Bachelor & her beautiful smile. Above all she taught us about the importance of family & I loved her and I will miss her… Love, Tammy

Lovely picture – beautiful and youthful looking. Condolences to all in the family. May you feel the comfort of God;s love and be filled with gratitude for all the wonderful memories that you will have forever. God bless.

A very special lady. I loved her laugh. Certainly will miss calling and catching up on her activities. Margie was a big addition to the family. So glad to see her a the family reunion in Durango.

My deepest condolences on the loss of your beautiful mother, grandmother, and great-grandmother.  Listening to Matt speak about her, I am sorry I never met her in person.  She was clearly an exceptional lady and now, heaven has an angel who will be watching over you.