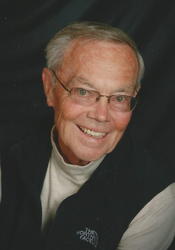 Lydell was born March 23, 1933, in Perham, Minnesota, to Lenton and Katherine (Antonsen) Taylor.  He graduated from Technical High School in St. Cloud, served in the US Army during the Korean War, earned a bachelor’s degree from St. Cloud State Teacher’s College and a Master’s Degree from the University of Minnesota.  He began his career in education as a high school social studies teacher in Buffalo, Minnesota and later worked as a high school counselor.  In 1969, Del moved his family back to St. Cloud, where he served as the director of the St. Cloud Area Learning Center until his retirement in 1991.  He was active in the state and national associations for alternative education.  Del is remembered for teaching the importance of doing what’s right and not blindly following rules.

In his younger days, Del was an avid BMW motorcycle rider.  He took many trips via motorcycle, including a 21 day tour of the European Alps.  He enjoyed building and maintaining things at his lake cabin on Pleasant Lake in Rockville.  He also built beautiful model boats.  Del enjoyed spending time with his family at the lake and taking his children and grandchildren “quad-runnering,” water skiing, tubing, and fishing.  Those memories will be forever cherished.

He was preceded in death by his parents and his son, Wade.

Memorials are preferred to Youth For Christ and the Salvation Army.

This is a very nice tribute to Del I will miss him.