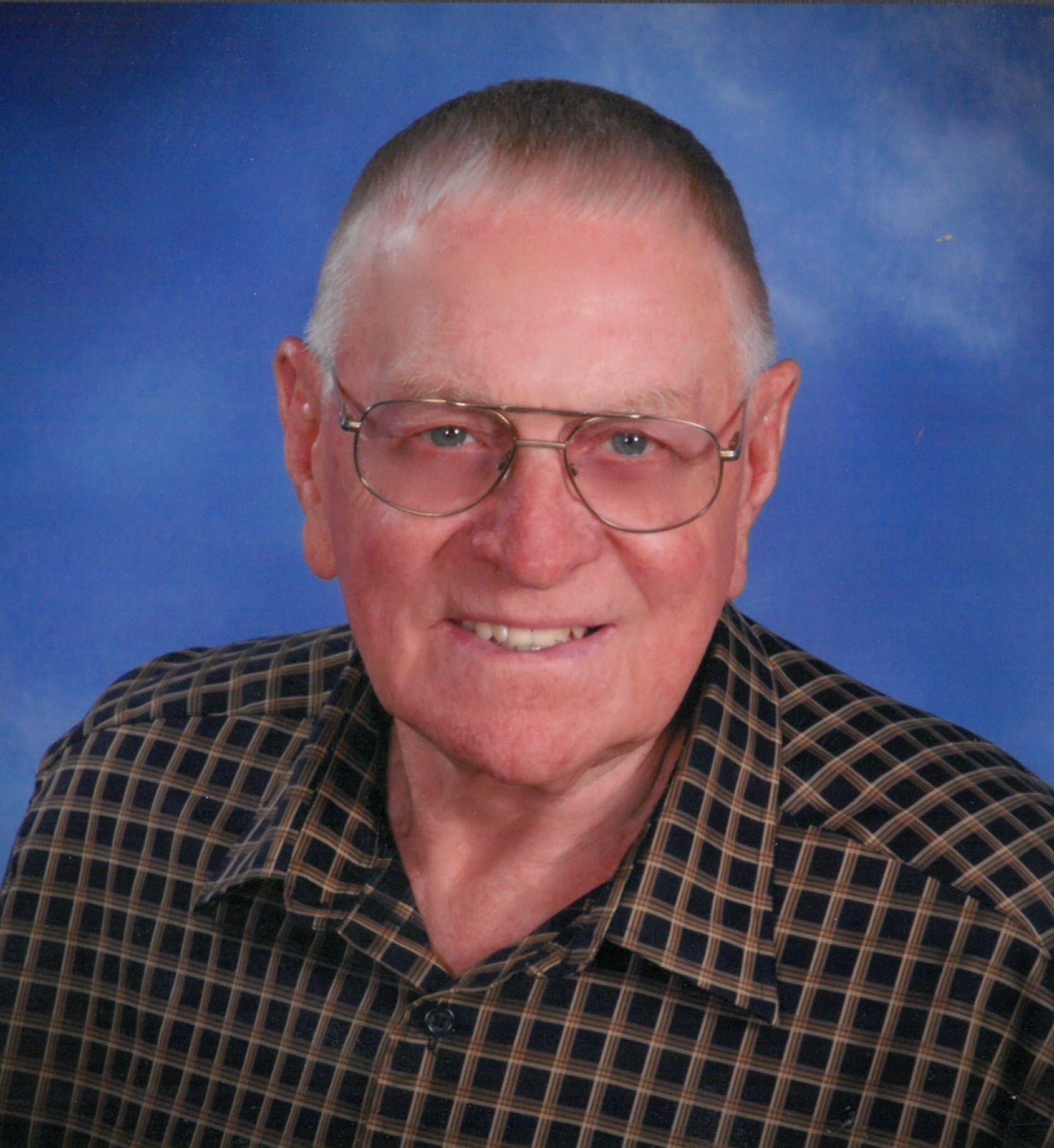 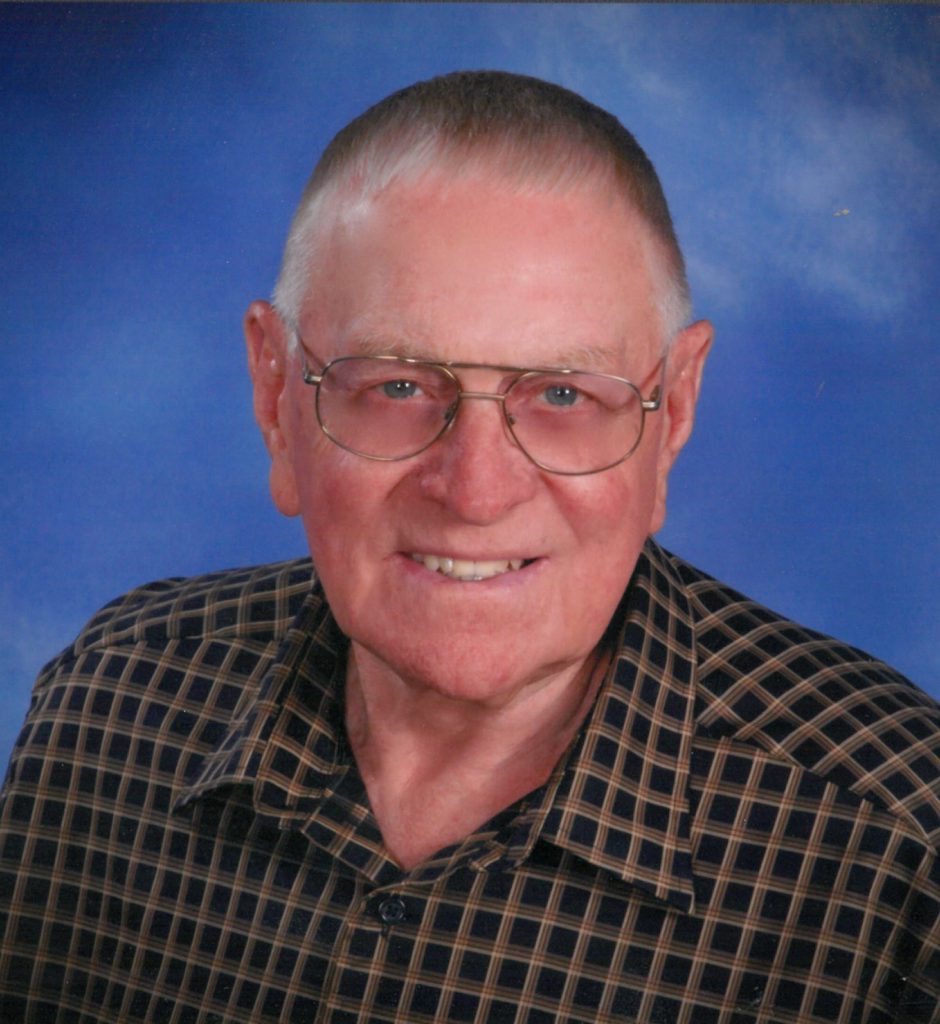 Services celebrating the life of Leslie E. Kleinke, age 86 of Blaine, formerly of Luverne and Walker, will be 11:00 AM, Friday, December 28 at the Hope Lutheran Church in Walker.  Les died Wednesday at the Edgemont Place in Blaine. There will be a visitation one hour prior to the services in Walker.  Arrangements are being made by the Miller-Carlin Funeral Homes in St. Cloud.

Les was born March 6, 1932 on the family farm in Nimrod to Ernie and Ruth (Lilja) Kleinke.    When not busy attending school in the one room schoolhouse down the road, Les was busy with daily farm chores, hunting, fishing, trapping and mischief of one kind or another.  He left the farm and was employed by the University of Minnesota as an auto mechanic and is rumored to have driven his car up the front steps of Coffman Hall.  He left the big city and ventured to Luverne where he was employed by Hanson Silo Company.  It was while he was in Luverne, he met his future bride, Marlis Gonnerman.  Les served in the Army during the Korean War from 1952 – 1954, during which time his motor pool was responsible for the transporting of USA troops, including that of Miss Marilyn Monroe.  Les was wounded and received the purple heart before returning home to marry his sweetheart in a beautiful December Ceremony.  Les and Marlis lived in Luverne and raised both of their children there and during which time he was employed by Hanson Silo, Pat’s Plumbing and Heating, MID Meatpacking company, later know as Iowa Beef Packing Company as a plant engineer.  Les was instrumental in bringing snowmobiles to southern Minnesota, as he began one of the first dealerships in the state of Minnesota and surrounding areas.  He also ran a side business that caught a variety of wild animals used for restocking parks and wildlife areas, as well as starring in a few Disney nature films.  Les and Marlis moved to Walker in 1991 and he was employed by Agwa Ching State Nursing Hospital until he retired.  During the many years at Luverne, as well as Walker, Les was active and involved in both the Boy Scouts and Girl Scouts of America, served as a church elder and on many church boards and counsels.  He actively participated in many local and state organizations which included snowmobile and hunting and fishing clubs.  Les enjoyed snowmobile trail rides as well as snowmobile racing.  He brought home a number of state trophies.  But overall, family was Les’s number one priority and he valued any and all time spent with his wife, children and grandchildren.  Many live lessons were taught while walking or riding down a wooded trail, hunting, snowmobiling or 4 wheeling on the family farm, fishing on a quiet lake in northern Minnesota, or just all gathered together around the table.  The value of faith, family and friends were a lesson he not only taught, but lived everyday.  The twinkle in his mischievous eyes, the strength of his enormous bear hugs, the honesty in his strong handshake and the joy he saw in every sunrise will be what we hold dear in our hearts.  Next time you walk through the woodsor are sitting by a lake, stop and listen, you many just hear him say, “Isn’t this just great!”

Les is preceded in death by his parents, his brother, Ronald Kleinke, uncle, Fred Kleinke and nephew, Tommy Kleinke.

There will be a visitation from 10:00 AM to 11:00 AM at the Hope Lutheran Church in Walker

Services celebrating the life of Leslie E. Kleinke, age 86 of Blaine, formerly of Luverne and Walker, will be 11:00 AM, Friday, December 28 at the Hope Lutheran Church in Walker

Our sympathy to the Kleinke family.
Les and Marlis were our next door neighbors in Lakewood Acres. If there were any shenanigans going on , you knew they were involved. 😊
Love and hugs!
Rick and Leah Crow