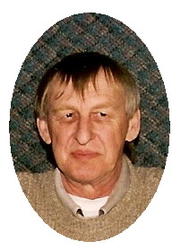 LeRoy (Tee Dee) Hoppe
February 6, 1945 – February 11, 2010The Mass of Christian Burial, celebrating the life of LeRoy (Tee Dee) Hoppe, age 65 of Albany, will
be 11:00 AM Monday, February 15 at the Church of Seven Dolors in Albany.  Tee Dee died at his
home Thursday night after a battle with Multiple Systems Atrophy.  There will be a visitation from
4-9:00 PM Sunday at the church in Albany.  Seven Dolors parish prayers will be at 4:30 PM Sunday
evening at the church.  Arrangements are being made by the Miller-Carlin-Brenny Funeral Home in
Albany.Tee Dee was born February 6, 1945 in Albany to Paul and Alvina (Van Heel) Hoppe. He lived in
Albany all of his life.  Tee Dee married Judy Dirkes on December 27, 1975 in Albany.  He worked
at Fridgedaire, now Electorlux for over thirty years in various positions, including inspector and
machine operator.  He was a member of The church of Seven Dolors in Albany.Tee Dee is survived by his wife, Judy, Albany; his two sons, Hector Hoppe, Albany and Travis (Amy)
Hoppe, Albany.  He is also survived by his brothers and sisters, Annette Frericks, Mountain Iron,
MN; Kenny Hoppe, Albany; Paul Jr (Eileen) Hoppe, Albany; Robert Hoppe, Albany; Judy (Bernard)
Simacek, Lonsdale, MN; Kathy (Don) Haines, Roseville, MN; Sharon (Don) Linn, Albany; Deb (Tim)
Linn, Freeport; Ronald (Nancy) Hoppe, Morton, IL; Donald (Lois) Hoppe, Mechanicsville, MD;
Carol (Roger) Job, Freeport, MN; his mother-in-law, Dorothy Dirkes and three grand-children;
Preston, Chloe and Sierra.Tee Dee is preceded in death by his parents, Paul and Alvina Hoppe, his brother-in-law, Roman
Frericks, his brother-in-law, Harry Dirkes and his father-in-law, Roman Dirkes.

The Mass of Christian Burial, celebrating the life of LeRoy (Tee Dee) Hoppe, age 65 of Albany, will be 11:00 AM Monday, February 15 at the Church of Seven Dolors in Albany.

So sorry to hear of TeeDee’s passing, we offer our sincere condolences to the entire Hoppe family.

Judy, Hector, Travis and family;
Wow, there are no words but please know you are in our thoughts and prayers. Sending thoughts of gentle moments of peace and celebrate dad/LeRoy; lean on him for strenght. He is not as far away as we may think. Sharing the stories, memories will keep dad/LeRoy close too. I can only imagine the journey ahead so please know we are here for you. If you are in need of a listening ear please call. Sending angels to surround you and hold you tight.