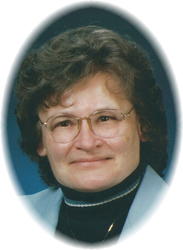 RICELEONA T. PEKASEPTEMBER 21, 1934 – JUNE 23, 2010The Mass of Christian Burial, celebrating the life of Leona Peka, age 75 of Rice will be 10:30 AM Saturday, June 26, at the St. Stephen Catholic Church in St. Stephen. Burial will be in the parish cemetery. Leona died Wednesday at the Country Manor Care Center in Sartel. There will be a visitation from 4-8:00 PM Friday and again after 9:00 AM Saturday at the St. Stephen parish hall.  The St. Stephen parish prayers will be  at 7:30 PM at the parish hall in St. Stephen. Arrangements are being made by the Miller-Carlin-Brenny Funeral Home, Holdingford.Leona was born September 21, 1934 in Bowlus, MN to Leo and Bridget (Solarz) Sobiech. She married Louis Peka on July 28, 1954 in Bowlus. The couple lived in California while Louis was in the Navy. The couple moved to Duluth, MN and lived there until 1971, when they moved to Rice. Leona was a homemaker raising her two children. She was a member of the St. Stephen Catholic Church, the St. Stephen Christian Mothers and she was a life member of the Sauk Rapids VFW Auxiliary 6992. She loved to spend time with her grandchildren and she also enjoyed gardening, quilting and embroidery.Leona is survived by her children; Debbie (David) Friedrich, Rice; Stephen (Tamie) Peka, Rice; sisters, Catherine (Richard) Schwientek, Little Falls; Lorraine (James) Petron, St. Cloud; Irene (Marvin) Schlichting, Royalton; six grandchildren and four great-grandchildren.Leona is preceded in death by her parents and her husband, Louis on December 21, 2000.

There will be a visitation from 4-8:00 PM Friday and again after 9:00 AM Saturday at the St. Stephen parish hall.