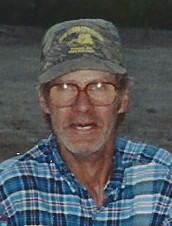 Leo “Shorty” Thieschafer, age 72 of Upsala died Monday, February 29 at his home, with his family by his side.  Leo’s family will have a service at 11:00 AM, Saturday, March 5, at the Miller-Carlin Funeral Home Chapel in Upsala with a public visitation one hour prior.  There will also be a public gathering after 12:00 Noon at the Upsala Rec Center.

Leo was born August 19, 1943 in Swanville to Herman and Marie (Wolbeck) Thieschafer, he married Charlotte Roering on May 15, 1971 in the St. Francis Catholic Church.  Leo worked in Road Construction and also at Landy Packing.  He last worked with Dave Gerads Construction before he retired.  Leo enjoyed spending time with his wife, children and especially his grandchildren.  They brought out the big kid in him.  He rode bike, horse and mini-dirt bike a time or two with them.  Shorty loved to fish and he and his wife taught all his children, grandchildren, sisters and many others to love fishing.  He also enjoyed visiting the neighbors and friends while driving here and there to watch Dave Gerads at his jobs.  Shorty also enjoyed hauling scrap iron, watching over Randy and Corey’s cows, drinking his coffee and telling jokes.

Leo is preceded in death by his parents, his brother Alvin Thieschafer, his sister Rosie Bruder, and nieces Candace Kaun and Dawn Becker.

There will be a visitation from 10:00 AM until the start of service onSaturday, March 5, 2016 at the Miller-Carlin Funeral Home Chapel in Upsala.

A MemorialServicewill be at 11:00 AM onSaturday, March 5, 2016at the Miller-Carlin Funeral Home Chapel in Upsala. Friends and Family are also welcome tojoin Shorty’s familyafter 12:00 Noon for continued fellowship at the Upsala Rec Center.

Our deepest Sympathy goes out to the Family of Shorty Thieschafer..He was such a friendly guy.

It was fun listening to his jokes. You will be missed by many Shorty.. Rest in Peace.

So sorry for your loss. Hold your special memories close to your heart. You’re in our thoughts and prayers.

You will be missed my friend.