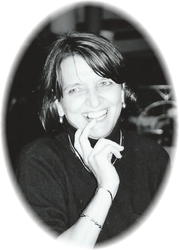 Services celebrating the life of Kay Ann Anderson, age 66, of St. Cloud, will be at 11:00 AM at Bethlehem Lutheran Church in St. Cloud on Friday, March 20, 2015.  Pastor Janine Olson will officiate.  Kay passed away in her sleep after a long journey through the stages of early onset Alzheimer’s Disease at Lakeview Ranch in Dassel.  There will be a visitation for family and friends from 4:00-8:00 PM Thursday, March 19, 2015 at the Miller-Carlin Funeral Home in St. Cloud and again after 10:00 AM until the time of service Friday morning at the church. Arrangements are being made with Miller-Carlin Funeral Home, St. Cloud.

Kay was born at home on March 28, 1948 in Roseau to Anton and Nellie (Howry) Wixsten.  She shared her early years with two brothers.  After her father passed away, they were raised by their stepfather Clifford Olson and gained one half-brother.  She attended school in a very small country schoolhouse in Wannaska and later graduated from Roseau High School.  Kay went on to college at Bemidji State University where she met the man who would become her husband and many other lifelong friends.  While still in school, she married Mark Anderson on Sept. 15, 1968 in Middle River, MN.  They welcomed both their daughters into their family before graduating from college.  Kay spent about five years teaching accounting at Thief River Falls Technical College before the family relocated in St. Cloud.  She is fondly remembered as a Superwoman – she could do anything.  She taught herself photography, how to knit and sew, she was athletic and participated in softball and other activities, and she completed both her Master’s Degree and earned her CPA license in the same year.  Kay was intelligent, a perpetual student who never stopped learning and who loved to read.  She liked to spend time walking the schnauzers, take fishing trips with Mark, run in marathons, and was a big sports fan, especially hockey.  Kay was unbelievably talented, a great teacher and mentor to students, an amazing mother, a great wife, and a good friends.  She adored her grandchildren.  She will be dearly missed by many.

She is preceded by her parents Anton, Nellie, and Clifford, her brothers Richard Wixsten and infant William Wixsten, and her half-brother Dale Olson.

Thinking of you at this time.  Kay was a wonderful teacher, and such a lovely person.  So generous with her time in helping me as a colleague.   I am not in St Cloud at this time, or I would come in person to give my sympathy and honor to you all.

It was great running into you last fall at the “Goosefest” as it had been years since we had seen you.  It was then that Nadine and I learned of your wife’s illness.  Please know that our sympathy is with you and your family during this time of loss and also on the long healing process.  Let the constant love of family and friends soften your sadness and loss and give you strength.  And remember you have the cherished memories that you made during your time together and let them bring you comfort and peace.  Our thoughts and prayers are with you during this difficult time.  God Bless.

Hi Mark and family,  I went to high school with Kay in Roseau.  She was a brilliant student and beautiful girl.  You have my sympathy.  God bless you.  Sue Krowech Woller

To Mark and family, I went to high school with Kay in Roseau.  She was a brilliant student and a beautiful girl.  You have my sympathy.  Sue Krowech Woller

I was a classmate with Kay at Roseau High School. Kay was a special friend to everyone with a very kind heart, So sorry of hearing the passing on of Kay. May God bless and you have my sincere sympathy.

Mark: Please accept our deepest sympathy. Kay was always so kind and gracious.God bless and keep you and your family.

Mark: So sorry to hear about Kay. She was such soft spoken & kind person. God Bless and keep you and your family.