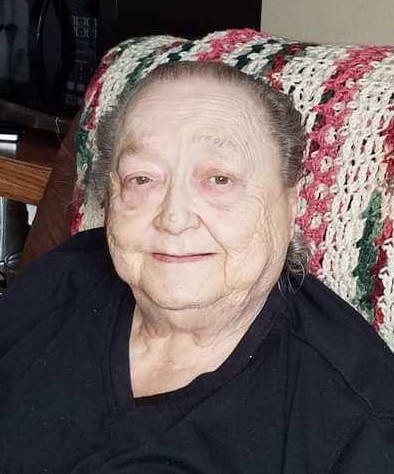 Judith Caroline Nystrom was born February 5, 1940 in St. Cloud, MN to Edward and Lucille (Buerke) Nystrom. Judy joined her older brother Darrell and later they welcomed a little brother Ed. As a young girl Judy moved with her family to Oregon to be close to her mother Lucy’s family. Judy attended a little school and lived in Oregon until the age of 17. After returning to Minnesota Judy met the love of her life, Murley Wichern. They were united in marriage on September 2, 1958. The couple moved to and made their home in Minneapolis, MN where they raised their six children. Judy & Murley later went their separate ways divorcing on June 3, 1993.

Judy was passionate about family. She was kind, loving and generous. She was a role model promoting team work and set the example of getting along. She shared her knowledge with her family, gaining her much due respect. To her family, she was much more than a mother, grandmother, great grandmother, she was a friend, confidant and advisor.

Judy fought a long hard battle against kidney failure. She was able to remain at home being cared for by her loving family. Despite failing health, she enjoyed going out to the casino’s and playing the slots machines. As well as attending most if not all family functions (even if it meant a 4 hour car ride up north one way).

Judy will be missed dearly. Although her death will be mourned bt many, her memory lives on through her family and the people whose lives she impacted with her endless love and generosity.

Judy is survived by her sons: Mitchell, Miles (Mindy) & Merle (Irene) daughters Pamela (Doyal) Halvorson, Tammy (Ronald) Hiltner, and Sandra Wichern, Brother Darrell, 10 grandchildren, 3 step-grandchildren, 17 great-grandchildren and many nieces and nephews. She was preceded in death by her parents, Eddy & Lucy, and her Brother Edd.

A service celebrating the life of Judith Wichern will be on Friday, September 20th, at 1:00pm, at The Miller Carlin Funeral Home chapel, St. Cloud, MN.