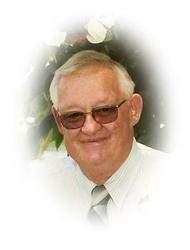 Memorial services, celebrating the life of John Herman Yunger, age 76, of St Cloud, will be at 11:00 AM, Friday June 4, 2010 at the Miller-Carlin Funeral Chapel, St. Cloud. Friends may visit one hour prior to the service on Friday at the funeral home.John was born October 1, 1933 in St. Cloud to John and Kathryn (Sturre) Yunger.  He graduated from St Cloud Technical High School and served as a marksman/sharpshooter in the U.S. Army from February 25, 1957 until February 24, 1959.   He married Ramona Flusek in Albert Lea, MN on September 2, 1961.  The couple lived in the St Cloud area all of their married lives. John was a welder/mechanic who worked for Great Northern Burlington Railroad and St Cloud State University until retiring in 1995.  John was a member of the Eagles Aeire #622 , the Waite Park Moose Lodge, the St Cloud American Legion Post #76, and the National Association of Retired Veteran Railroad Employees.He is survived by his wife Ramona of St Cloud, his daughters Dawn Yilek of St Cloud, Cindy Yunger (Robert Fahey) of Waite Park, his son John Yunger (special friend Tracy Scherber) of St Michael, and his sister Kathleen Aschenbrenner of Rice.  He is also survived by his four grandchildren Caitlin, Tayler, Gabrielle, and Chloe Yilek.  John is also survived by his many nieces and nephews.

Visitation will be one hour prior to the service onFriday, June 4, 2010at the Miller-Carlin Funeral Home in St. Cloud.

Memorial preferred to the MS Society.