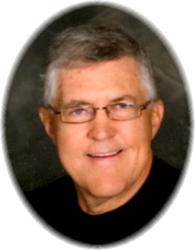 The Mass of Christian burial, celebrating the life of John Francis Huls, 65, of St. Cloud will be 10:00 AM on Friday, August 23, 2013 at Holy Spirit Catholic Church in St. Cloud, burial will take place in Assumption Cemetery.  John passed away peacefully Monday, August 19 surrounded by his family at Quiet Oaks Hospice in St. Cloud.  He had been diagnosed with brain cancer almost exactly four years ago.  In good spirits and never complaining, John lived each day he was given with grace, thankfulness and faith in God’s plan for him.  There will be a visitation from 4-8:00 PM Thursday, August 22, and again after 9:00 AM until the time of service on Friday at the Holy Spirit Catholic Church. Holy Spirit parish prayers will be at 4:00 PM Thursday at the church and at 7:00 PM, a special time for friends to share memories of John.  Arrangements are being made with Miller-Carlin Funeral Home, St. Cloud.John was born in Washington, D.C. on September 25, 1947 to Hubert and Margaret (Wunderlich) Huls.  When he was seven, his family moved back to Minnesota and their Holdingford farm.  He graduated from Holdingford High School in 1965 and the University of St. Thomas in 1969.  He married Kathleen Borotz on August 22, 1970, and in their 43 years together, created a family of three daughters and nine grandchildren.  John had three distinct careers in his lifetime.  In 1971, he joined the Air Force and trained as a fighter pilot, flying F106s and earning the nickname “Hollywood.”  He also became an instructor pilot in air-to-air combat and air refueling.  He was most proud of an unofficial record of flying around the perimeter of the United States in record time.  After leaving the Air Force in 1979, John flew for the Duluth National Guard.  Later in his life, he pursued his love of flying by owning various planes, including a Dehavilland Beaver and MIG Jet Trainer.  He donated this jet to the Fargo Air Museum last year and it is now on display.  In 1979, John joined Piper Jaffray & Hopwood as a broker, later becoming branch manager of the St. Cloud office and overseeing the growth of three branches throughout the next twenty years.  In 1993, he acquired ownership of Huls Trucking in St. Joseph upon the death of his brother, Herbert. John turned his energies to learning the trucking business and growing the company.  A kind and generous man, John had a great sense of humor.  His mentor, Lynn Petit, referred to him as “colorful.”.  John was also a risk taker all his life. When diagnosed with brain cancer, he volunteered for several experimental trials including a vaccine protocol at the University of MN.   He treasured his lifelong friendships and enjoyed many fishing trips to Canada and Alaska.  He also loved his time up north, building a beautiful log cabin for his family in Park Rapids, MN, in 2005.  He spoiled his grandkids there with some of his favorite “toys” – snowmobiles, boats and 4-wheelers.  John was a member of the Holy Spirit Catholic Church, Holdingford American Legion, a past Grand Knight of the Knights of Columbus, a charter member and past President of the Granite City Rotary Club, and a volunteer firefighter for the St. Cloud Township. He is survived by his devoted wife, Kathy, of St. Cloud, and his “most proud accomplishments,” his daughters and grandchildren.  They are Alisse (Tim) Amundson of St. Cloud and their children Caitlyn, Connor, Brenna and Noah; Natalie (Dale) Pavek of Savage, MN, and their children Lydia, Matthew and Ryan; and Rebecca (Kirk) Pennings of St. Paul and their children, Francis and Arthur.  He is also survived by his mother, Margaret Huls of Albany and siblings Mary Huls of St. Cloud, Rita Kostreba of Alexandria, Anita Van Essen of Forest Lake and Jerry Huls of Holdingford.  He is preceded in death by his father Hubert and brother, Herbert.In lieu of flowers, the family prefers memorials to the University of MN Foundation for cancer research, Quiet Oaks Hospice for their unending kindness to John and his family in the last weeks of his life, or Birthline of Central MN which John supported for several years.

There will be a visitation from 4-8:00 PM Thursday, August 22, and again after 9:00 AM until the time of service on Friday at the Holy Spirit Catholic Church. Holy Spirit parish prayers will be at 4:00 PM Thursday at the church and at 7:00 PM, a special time for friends to share memories of John.

In lieu of flowers, the family prefers memorials to the University of MN Foundation for cancer research, Quiet Oaks Hospice for their unending kindness to John and his family in the last weeks of his life, or Birthline of Central MN which John supported for several years.

To the Huls Family,
I am so sorry for your loss. You are in my thoughts and prayers.
Love,
Anna Legreid Dopp

It was an honor and privilege to be a part of Johns final journey. Continued thoughts and prayers for each of you in he days and weeks ahead. Know he is with you always and is forever flying high with the angels .

To the entire Huls family,
We had only met John a couple of times but he is a very memorable kind man, he made an impression. We feel blessed to have gotten to meet him and to have one of his “most proud accomplishments”, his daughter, Natalie, as part of the Pavek family.
I pray that God will cover you with the peace that only He can give you.
Love & Prayer Rick, Aggie & boys

We are keeping your family in our thoughts and prayers.
(One of Natalie’s coworkers)

Kathy and family, Praying for the Lord’s perfect love and peace to hold you up and fill you with wonderful memories of John. Prayers & Love, Rich & Linda

Kathy and family, Praying for the Lord’s perfect love and peace to surround and comfort you. Love & Prayers Rich & Linda Davis

Kathy, I am so sorry to hear of John’s passing. I was in Rotary with John and remember him as being one of the kindest people I’ve ever met. I also appreciated his good humor. It is a blessing to know you both.

Natalie, I’m so deeply sorry to hear about your loss. I will keep you and your family in my thoughts and prays.

My deepest sympathy to John’s family. I went to grade school with John and knew him through business. He was a “gentle”man and a good friend.

We feel so blessed to have know John and been a part of your lives. He was truly “one of a kind” and he will be missed beyond words. You are all in our prayers.
God Bless,
Sport & Sally Skallerud