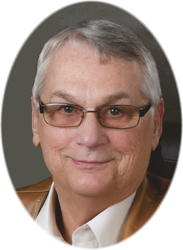 Mass of Christian Burial celebrating the life of James “Jim” Henry, will be at 10:30am Friday, August 26th 2016 at the St. Marcus Catholic Church in Clear Lake.  Jim died Monday at the VA Hospital in St. Cloud.  The Rev. Virgil Helmin will officiate with burial at the Becker Cemetery in Becker. A visitation for family and friends will 4-8:00 PM Thursday at the Miller-Carlin Funeral home in St. Cloud and one-hour prior to services Friday, August 26th  at  the church in Clear Lake.  St. Marcus parish prayers will be at 5:00 PM, Thursday at the funeral home in St. Cloud.

Jim was born June 6th 1945 in St. Cloud to Newell & Margaret (Carlin) Henry.  Jim’s mother passed away when he was young,  his father married Helen Kiffmeyer in 1956.  After graduating from Becker high school, Jim joined the Marine Corps and served from 1964-1968.  He was proud to serve and was a veteran of the Vietnam War.  On September 11th 1971, Jim married Colleen “Connie” Wurzer and they had 3 children.  Jim worked for many years at Minnesota Power and Light in Little Falls retiring in 2002.  Jim enjoyed fishing trips with his family, deer hunting with “the Guys”, birthday parties for the grandchildren, and many hours playing cards with family and friends.  He was a member of the St. Marcus Catholic Church, Waite Park American Legion, the DVA; and he was a life member of the East Side VFW and the Marine Corps League.

Jim courageously battled cancer for over 24 years and would want to thank everyone who took part in his care.  Jim’s family would like to thank the VA in St. Cloud for the care he received throughout his many years and in his final days.

Mass of Christian Burial celebrating the life of James Jim Henry, will be at 10:30am Friday, August 26th2016 at the St. Marcus Catholic Church in Clear Lake.

I am so sorry to hear that your Jim has passed away. You have my sincerest symothy in this time of grief. I will keep him and you in my prayers. You have a very nice family. Best wishes.

So sorry Connie and family for your great loss!
Jim will be greatly missed by us all. He never
Complained, always had a smile and a joke!
May you find comfort in each other and God’s
Never failing presence

We are so sorry for your loss.  We will always remember the fun we had playing cards & the trips into Mexico.

When I think about Jim, there are so many memories that I remember him for, but mostly his gift of charisma and resilience. He had a way of living that always brought a smile and admiration to those whose lives he touched. He was especially admired by my parents, and particularily my Dad who was the only other one in the close family to have worn the uniform of Semper Fi. I remember the evening Jim called us during dinner to tell Uncle Edward that he had enlisted, to which my father replied, “They’re a hell of a fighting outfit.”  Jim was indeed a fighter with his many battles in life and mostly which is evident in his long battle with cancer.

I know that the many prayers I offered for him during his cancer battle have not gone unanswered, and that it’s still hard for me to realize that God is in control. I believe Jim’s ascent into Heaven will be an easy one for him, as he was never afraid of heights. Even Helen once remarked about how he would jump up and down on the scaffolding during painting the barn , while his brother Al hung on for dear life on the other end.

We’ll all miss you Jim, and look forward to the large family reunion when we can join together again with all of our loves ones already there in Heaven.  Rest in peace brother, your cousin Rick Carlin

We lost a fighting warrior in Jim.  His love for life coupled with his determined yet gentle spirit is a unique example for us as we struggle through life’s roadblocks.  You and your family have been put on our prayer chain here in Florida as you adjust to JImmy’s new eternal life.

I have so many found memories of Jim (Mr. Henry) growing up.  He was a great man and I was lucky to know him.  Very sorry to hear of your loss.

Colleen and family, we are sorry to hear of Jim’s passing. Colleen, you have a great family, they will help you through tihis. Our prayers and thoughts are with you at this time.  Take care.  Chuck and Kathy Erickson

Colleen and family, we are sorry to hear of Jim’s passing.  Colleen, you have a great family, they’ll help you through this.  Out thoughts and prayers are with you at this time.  Take care.  Chuck and Kathy Erickson

Hi Colleen,   Just read in the Newsletter that Jim had passed away.  I am so sorry.  I have so many good  memories of working with Jim.  He was one of the best guys at MP.  I was just thinking about the two of you, wondering if you were going down to Texas.  Jim always went way above what was required of him at work and was a good friend too.  You have my sympathy and prayers.