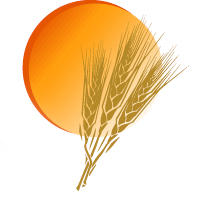 A Celebration of Life for Harley R. Anderson of Buffalo will be held at 11_ooAM, Wednesday, October 3, 2012 at the Miller-Carlin Funeral Home in Holdingford. Burial will take place at the Gethsemane Cemetery in Upsala following the service. Harley passed away Thursday afternoon in Waconia after a long battle with a nerve disorder. Visitation will be from 9:30 to 11:00AM Wednesday morning at the funeral home. Arrangements are being made by the Miller-Carlin Funeral Home of Holdingford.Harley was born to Florence (Peka) and Donald Anderson in Little Falls. Harley grew up in the Holdingford area and later moved to Buffalo where he lived the rest of his life. He married Carol Otten June 1, 2000 in Little Falls. Before his illness, Harley worked in manufacturing, most recently for Buhler Inc.Harley is survived by his loving wife Carol Anderson, Buffalo; his sister Phyllis (Bruce) Anderson, Litchfield; his brother-in-law Rich Baker, Kirkwood, MO; and many family members and friends.He is preceded by his mother and father Florence and Donald Anderson, and his sister Donna Baker.

There will be a visitation Wednesday, October 3rd, 2012 from 9:30 AM until the time of service.

Services celebrating the life of Harley Anderson of Buffalo, will be held at11:00 AM on Wednesday, October 3rd, 2012. Burial will follow at the Gethsemane Cemetery.

We remember Harley for his first class qualities whether it be appearance, wit, and personality. With the exception of high school years and couple years thereafter, our interactions with Harley were unfortunately few in number,but we cherish the times we were able to.We
regret we will not be able to attend the services. Our sympathies go his family.

Family and Carol,
I am sorry for your loss and know that Harley is in a far better place. One that we can trust in, read about and prepare ourselves for where we will be eternally forever.
God bless you and your families.
David Johnson

Rest in Peace Harley. I remember our time together at Buhler, and on the basketball court of Holdingford High in our younger days. I recall seeing you at times on weekends on Main Street in town in your bright red and dapper toggs. We were 16 then. RIP ole buddy, Ed.