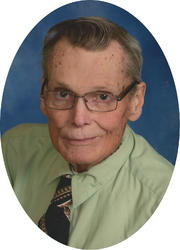 Services celebrating the life of Gary Loomis, 72, St. Stephen will be at 11:00 AM on Thursday, October 13, 2016 at the First United Methodist Church of the St. Cloud Region in Sartell.  Pastor Leah Rosso will officiate. Gary passed away late on Saturday, October 8 at his home with his family, on his own terms.  Friends will be received from 4:00-8:00 PM on Wednesday, October 12, 2016 at the Miller-Carlin Funeral Home, St. Cloud and again after 10:00 AM on Thursday at the church.  There will be a Masonic service Wednesday evening at 7:00 PM at the Miller-Carlin Funeral Home, St. Cloud.

Gary was born on May 10, 1944 to Chester and Virginia (Ortquist) Loomis in Witchita Falls, TX.  His family moved to Duluth when he was 3 years old where he grew-up as an only child and graduated from high school.  Gary sailed on ore boats to pay for college at UMD and later worked as a teacher in Becker while living in St. Cloud.  On June 27, 1970, Gary married Lolly Rothstein in Brooklyn Center and together they raised three children in St. Stephen.  Gary’s life was centered on his family – they were of the utmost importance to him.  He was an empathetic man who did everything he could to raise his children, support his family, all while trying to help those less fortunate, disabled, or underprivileged.  Humor was his outlet, a tool he used to handle stress, and is a gift he passed down to his children who fondly referred to him as the “master of one-liners.”  Gary loved nature, was an avid recycler, and enjoyed an eclectic taste in music.  As a bluegrass musician, which was his passion, he played the guitar, sang, and yodeled.  Gary worked for a pollution control agency for a number of years before he became a customer service representative for Fingerhut where he worked until his retirement in 2006.  He was an active member of the First United Methodist Church, the Hamm Amateur Radio Club, the Central Minnesota Men’s Barber Shop Quartet, and was a 32○ Past Master of the Clearwater Masonic Lodge #28.

He is preceded by his parents Chester and Virginia Loomis.

I am so sorry for your loss. My thoughts and prayers are with you Lolly, Heidi, Eric, Lance and your families. I will always remember Gary’s laughter, music and kind heart. The world is a better place for having had him in it.