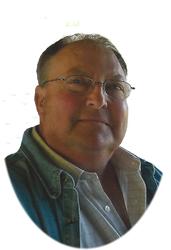 The Mass of Christian Burial, celebrating the life of Elmer J.Rakotz, age 77 of Sartell, will be 10:30 AM, Saturday, November 28 at the Seven Dolors Catholic Church in Albany.  Burial with full military honors will be in the St. Joseph’s Catholic Cemetery in St. Joseph.  Elmer died Saturday at the St. Cloud Hospital.  There will be a visitation from 4-8:00 PM Friday and again after 9:30 AM, Saturday at the church in Albany.  Seven Dolors parish prayers will be at 4:00 PM Friday at the church. Arrangements are being made by the Miller-Carlin Funeral Homes.

Elmer is preceded in death by his parents, his wife, Jane in 2003, his brothers, Joseph Rakotz, Jr., Robert Rakotz and Norbert Rakotz.

The Mass of Christian Burial will be 10:30 AM, Saturday, November 28 at the Seven Dolors Catholic Church in Albany.