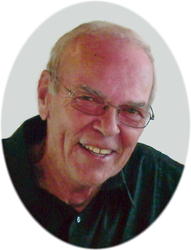 Mass of Christian burial celebrating the life of Eldred “Ruggie” N. Ruegemer, age 74, of Richmond, will be at 11:00 AM on Saturday, March 14, 2015 at St. Boniface Catholic Church in Cold Spring.  Father Matthew Luft, OSB will officiate and innichment will take place in the parish cemetery at a later date.  Ruggie was at his home surrounded by family as he passed away Monday morning.  There will be a visitation from 4:00-8:00 PM on Friday, March 13, 2015 and again after 10:00 AM until the time of the service on Saturday at the church.  Catholic United Financial will pray at 7:00PM Friday evening, followed by parish prayers at 7:30 PM led by Deacon Larry Sell.  Arrangements are being made with Miller-Carlin Funeral Home, St. Cloud.

Ruggie was born on June 17, 1940 to Christ and Kathryn (Wachman) Ruegemer in St. Martin Township.  He grew up with three siblings and graduated from St. Boniface High School.  Ruggie married Dolores “Dee” Garding on October 31, 1964 in St. Martin and together they had three children.  Ruggie was a member of  St. Boniface Catholic Church,  and was active in school and church activities such as the Home & School Board,  Needs Assessment and Building Committee,  and  many other activities.  He was also a member of Catholic United Financial.    He worked at DeZurik for over 30 years.  Not ready to retire, he worked in the purchasing department at the St. Cloud Hospital and Stearns County.  He also worked as a Jury Attendant at the Court House for several years.  He was a member of the Cold Spring American Legion Post #455 and was also a part of the rifle squad for  military funerals.  Ruggie also served on the Wakefield Township Board for over 10 years.  After moving to Big Fish Lake, he joined the planning board and  later served as Supervisor on the Collegeville Township Board for more than 25 years.  He was instrumental in the formation of the new Collegeville Township Hall and the Chain of Lakes Fire Department.  Ruggie enjoyed fishing, woodworking, spending time with his family on the lake, and  pontoon rides with his grandsons listening to “pontoon music” (old time music).  Ruggie will be dearly missed by his family and friends but never forgotten.

He is preceded in death by his parents Christ and Kathryn, infant son Michael, and brother-in-law Rich Pflipsen.

I loved working with Ruggie at the courts.  He was such an enjoyable person to be around.  Always a story to tell and always there to lend a helping hand.    You will be missed Ruggie.

Ruggie will be greatly missed!  He was always a ray of sunshine here at the courthouse.

My sympathies to Ruggies family! I met Ruggie while he worked in purchasing at the county. He is such a wonderful person. After we both left the county, i still ran into him here and there and enjoyed catching up and talking. Last time I saw him was at Chases confirmation where he was sponser. I was sponser for my niece and we had such a nice talk then. I am so saddened to learn of his passing. He is just such a great man. I am glad i had the chance to know him.