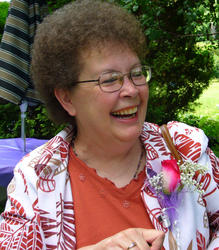 We invite all of Dorothy’s family and friends to funeral services to celebrate the life of Dorothy Ann Crawford, age 69 of Alexandria which will take place at 2pm Saturday, November 30th at the Miller-Carlin Funeral Chapel in St Cloud. Dorothy died peacefully at the St Cloud Hospital at 550 Saturday morning. There will be a gathering time prior to the service from 1 – 2pm at the funeral home in St Cloud, and a time of sharing with family and friends to follow the service. Arrangements are being made with the Miller-Carlin Funeral Home of St CloudDorothy was born on September 28, 1944 to George Huff and Charlotte (LaFreniere) Huff. She grew up in Minneapolis, and in 1965 after being divorced from Nick Erdos she moved to Yakima, WA. While in Washington, she worked at the US Navy Club as a waitress and later married Louis Christian. The couple later divorced. Dorothy then married Gary Mercer on December 31, 1975 in Burien, WA. The couple moved to Minneapolis in 1977 to be near her family. In 1981 they moved to Bowling Green, KY to be near Gary’s family, and then back to Minnesota in 1982. Dorothy hated the cold, so in 1990, they moved to Las Vegas & Reno, NV. A year later found them in the San Francisco Bay area of California. Missing her children, and family they moved back to Minnesota in 1997. In 2000, tired of the City life, they moved to Alexandria, MN, where they lived close to her daughter Jill, and remained there longer than any place in her life where she enjoyed her life with her sewing hobby
and cats Kizmet and Effie. She loved her 1984 Fiero, and enjoyed being involved with the Vintage Car Club of Alexandria, when she had time.Dorothy worked in a variety of industries including office work, Taxi Cab industry, and Hotel management. Most recently she worked for Wal-Mart where she enjoyed being able to help and communicate with customers and fellow employees. Dorothy loved her country, and served in the Army Reserve alongside Gary in Renton, Washington and received an Honorable Discharge that she was proud of. Wherever Dorothy went, she had a friendly, outgoing personality which reflected how she felt about everyone.She is survived by her life partner Gary Mercer, Alexandria; her children Michlos & Christa Erdos, Germany; Gilbert Erdos, St Paul; Jeffrey & Dawn Erdos, Robbinsdale; Jolene Christian, Robbinsdale; Jill Christian, Osakis; her ten grandchildren and 5 great-grandchildren; her brothers Gary (Judy) Crawford, Brooklyn Park; and David Caron, Florida; and her many cousins that thought of her as a sister, which are spread around the country including Linda Archie of Rock Hill, SC and Barb Peterson in Minnesota.She is preceded in death by her parents, George Huff, Charlotte Huff, and Grandmother Elsie.

Funeral services celebrating the life of Dorothy Ann Crawford, age 69 of Alexandria will take place at 2PM Saturday, November 30th at the Miller-Carlin Funeral Chapel in St. Cloud. Dorothy died peacefully at the St. Cloud Hospital early Saturday morning. There will be a gathering time prior to the service from 1-2PM at the funeral home in St. Cloud, and a time of sharing with family and friends to follow the service.

Jill – so sorry for your loss. We are praying for you.

I love you sweetheart, and miss you so much there aren’t words to express it.

Mom I miss you so much. I love you even more. May God take care of you in his house and give you the comfort you so deserve. Rest in everlasting Peace Mom.

I know there are no words to give you peace at this sad time. I never knew Dorothy, but knew how much you loved her.

Mom it’s so difficult to say goodbye to you I hope your transition was smooth and peaceful. I love you more than life itself. We all miss you and I anticipate your continued love guidance and support through spirit. Rest In Peace Mom..
Love your daughter forever and always!

Our hearts go out to the family and close friends. We are now retired in Florida. I have seen Dorothy only once at Jeff’s and had a great visit and exchanged e-mails mostly since then. To me she has not changed in 50 years, very pleasant, fun and enjoyed vsiting with her and talking after all these years. May time and good memories heal your sorrow in the years to come.

We’ve known Gary & Dorothy for some years, through a mutual love for Old Time Radio. What a shock it was to learn of Dorothy’s passing, and we pray God’s peace and comfort for Gary and all Dorothy’s family.

We don’t know how to express our feeling except to pray for strength for you at this time of sorrow and loss.

May you rest in peace cousin Dorothy. Prayers of healing and comfort to the family. God will see you through this difficult time. Remember the good times, it will help you heal over time. Love to all of you!

Grandma I love you and miss you.

Dorthy was a great person to visit, and chat with, m,eet her at Wally, while she was a cashier, and online with our games, we didn’t know if related somehow throu my x.. she was always a joy to talk to and visit with, I would look for her to go through her register, as it is always nice to have someone to talk with while you deal with your shopping… bless you Dorthy gonna really miss ya..

I’m so terribly sorry to hear about the loss. Although I only worked with Dorothy 9 months or so, she was a great person, who always had a cheerful smile on her face and an exceptional work ethic. I’m deeply saddened to hear about her passing.

She was amazingly upbeat and always so caring. I had the
Privilege of working with her at the Kmart store
In Alexandria for a period of time and she was
Always a joy to be greeted by and chat with. Know that she will be remembered fondly by all who got the blessing of meeting her.
Gods blessings to you all
Michele Klimek

Dorothy was one of the sweetest ladies ever!! I worked with her at walmart & played games with her on facebook. I will miss seeing your smiling face! God bless you!

As I am in Germany and as much as I choose to be there, I cannot. I love you Mother and will miss you very much. Now you can dance with the angels.

My deepest sympathy goes out to your family during this difficult time… I spent many hours chit chatting with Dorothy as we cashiered together at Walmart together. She was such a sweet lady and will be missed dearly.

Dear Gary and Family, we are so sorry for your loss. What a great gal Dorothy was, always loved her big smile and hugs. God wrap his arms around you in the days ahead! As I said before Gary, you are welcome to stop by anytime!!

To Jeff & Dawn & Family: I offer my sincerest sympathies for the loss of your mother (Jeff’s). I do know only Jeff, Dawn, Mick, & Jeremy of your family and they are such awesome people I’m sure the rest of the family are just as wonderful. And that being said I’m sure you all have many special & beautiful memories from being with Dorothy and I hope you will have the opportunity to share those with each other during this time when you gather as a family.
Memories keep our family with us forever!
May God Bless You All.

So sorry to hear about the loss of sweet Dorothy. I worked with her at Walmart and will forever remember her sweet smile greeting me everyday. My thoughts are with her family and friends.

I’m going to miss my friend Dots. I really am honored to have met her and continued to be friends. Will miss our little facebook chats and games. I know she’s keeping things alive in heaven!!! My prayers to all the family.

Gary, All the Mercer Family in the Bowling Green, KY area are so sorry to hear of the passing of Dorothy. I remember meeting and hanging out with her when you guys lived briefly in Bowling Green. She was a very sweet lady and had a wonderful smile along with her personality. I know she was your life and will be greatly missed. We wish you and her children comfort and peace during this difficult time and you will be in our prayers.

Love ya cuz you will always be in my heart.

Dorothy, I shall miss hearing your voice on the phone when Gary is away!!
Gary, I had to think to realize we “go back” over 40-yrs before you met Dorothy…only knew you a few years till you met her & moved before I got to know her very well, but occasionally we got to visit before you came to the phone. She was always so very kind to me. Sorry you are alone, but now you need to stay in touch more.

Gary, I am truly sorry for your loss. I enjoyed Dorothy on facebook & in emails after you & I reconnected. You & Dot were together the same number of years as Nancy & Don Lovejoy.
Jill, I am sorry that your Mother will leave such a big hole in your life.

RIP, dear, sweet Dorothy, and Blessings to your family & those of us who remain behind. You were a joy to all who knew you…especially those of us who shared your love of felines! God Bless. <3

I did not have the pleasure of meeting her in person but I do know she meant the world to Gary. May God bless the entire Mercer/Crawford family.
Judi & Blaine Wegley, Grass Valley, CA

Sorry to hear she has passed. I randomly came upon a link on Facebook to this page. Was wondering why I hasn’t seen her around Walmart.

I am remembering you, Gary, and Dorothy bin my daily prayers. I know the loss and emtyness you must feel. When my daughter died at age 29, I felt like a lost soul. But, I know she is in Heaven, and I have asked her to look up Dorothy and tell her “welcome” from an OTR fan.

May the Lord look kindly on her, and may her soul finally rest in peace.