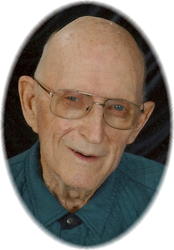 Funeral services celebrating the life of Donald John Lemke, 84, of St. Cloud, MN will be at 11AM Monday, October 8, 2012 at Bethlehem Lutheran in St. Cloud. Pastor Dee Pederson will officiate.  Donald died Thursday, October 4th at his home. There will be a visitation from 4:00-8:00PM on Sunday, October 7th at the Miller-Carlin Funeral Home in Saint Cloud and again from 10:00AM until the time of service at Bethlehem Lutheran Church in Saint Cloud. Interment will be at the Acacia Cemetery in Clearwater.Donald John Lemke was born May 7th, 1928 in Lester Prairie, MN to Herbert and Minnie (Weise) Lemke. He attended Hamline University for one year and St. Cloud State University for 3 years, graduating in 1950. He joined the National Guard which was activated in January, 1951 in the Korean conflict. He was stationed in Camp Rucker, Alabama and was honorably discharged in May, 1952. He married Darlene (Donna) Willemsen on Aug. 16, 1952.Donald taught school in Lester Prairie, MN for two years and in St. Cloud Dist. 742 for 23 years. While teaching he also sold Prudential Insurance. It was during this time he co-founded the Boys and Girls Club. He retired from teaching in 1978.He purchased a farm in Clearwater in 1966 and developed the property after retiring from teaching. He built the Clearwater shopping center and operated Clearwater Interiors.Don was a member of Bethlehem Lutheran Church. He was a member of both Zuhrah and Osman Shrine. He was also a member of the Clearwater Lions Club and the Clearwater American Legion.During the past ten years, Don spent much of his time volunteering at Camp Friendship, which he thoroughly enjoyed. Some of his happiest moments throughout the years were spent at their cabin on “Beautiful Hunter Lake” with family and friends.Don is survived by his wife Donna of 60 years; children Kurt (Cindy) Lemke; Wendy (Kenneth) Langanki; Debra Humphries; Mark Lemke; and Paul (Anna) Lemke; 10 grandchildren; 6 great-grandchildren; sister Carol Fahey; sister in-law Donna Lemke; and a host of relatives and friends.Don is preceded by his parents, brother Harold Lemke, and grandson Luke Lemke.Memorials are preferred to Bethlehem Lutheran Church, Friendship Ventures and the Boys and Girls Club of Central Minnesota.Special thanks to St. Cloud Homecare and Hospice for the wonderful care given to Don.

Friends may call from 4:00 PM 8:00 PM on Sunday, October 7th, 2012 at the Miller-Carlin Funeral Home in St. Cloud. And again 10:00AM Monday October 8th until the time of service at Bethlehem Lutheran Church in Saint Cloud.

Our sincere condolence to the family.

Love and hugs to the family until I can give them in person. I will always remember Grandpa as a caring, loving and incredibly generous man. He loved his family so much and even in his last few months, nothing gave him more joy than to watch his great grandchildren playing. Grandma, I really admire your devotion and dedication to make sure that Grandpa stayed at home until the very end. You are an amazing woman!

I worked for Don at Clearwater Interiors in the early 80’s. I remember his booming laugh and his dedication to the Clearwater Mall. His work ethic was a great example to me and I send my sympathies to his wife and family.