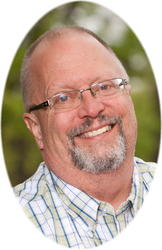 Memorial Services celebrating the life of David Carlson, age 57, of Waite Park, will be at  11 AM on Tuesday, August 7, 2012 at Bethlehem Lutheran Church  in St. Cloud.  Reverend Dee Pederson will officiate. David died Wednesday, August 1 at his home in Waite Park, surrounded by family after a 20 month battle against a brain tumor.  There will be a visitation from ­­­­­­­­­­­­­­­­­­4:00-8:00PM on Monday, August 6, 2012 at the Miller-Carlin Funeral Home in St. Cloud. Arrangements are being made with the Miller-Carlin Funeral Home of St. Cloud.David was born on July 27th to John and Doris (Iverson) Carlson in 1955. David grew up in Edina, MN and graduated from Edina High school in 1974. He received a Bachelor’s Degree from Saint Cloud State University in 1978. He lived his adult life in the Saint Cloud area. David married his wife Kathryn Kreidler on June 9th 1979. David was a lifelong salesman. He worked at businesses such as JC Penney, Curtis 1000, Bankers Systems and Wolters Kluwer Financial Services. David was a people person enjoying everyone he met. David joined a softball team in 1981 and the team still plays today. They have become lifelong friends. He was an avid reader and enjoyed cooking, playing golf, card games, camping and trips to the cabin. But his real passion was fishing. Later walking for fitness became a newer passion. He loved high school sports. He never missed any of his daughter’s events even the ones out of town. David was best known for being easy going and a fun guy who was a great joke teller.David is survived by his wife Kathryn Carlson; daughters Korie (Christopher) Keller Portland OR; Lauren (Michael) Witthaus, Boston, MA; and Rachel Carlson, Waite Park, MN; Grandchildren Makenna Keller and Max Witthaus. Brothers; John (Sandy) Carlson, Edina, MN; Gary (Jane) Carlson, Shakopee, MN; Sisters Betty Lanza, West Covina CA; and Doris Carlson, Chanhassen, MN.He is preceded by his parents John and Doris Carlson and brother-in-law Walter Lanza.Memorials preferred in lieu of Flowers.Memorials will be put towards a bench on the shore of Lake Milacs at Father Hennepin Satate Park or can be sent to Camp Friendship www.friendshipventures.org 10509 108th St. N.W. Annandale, MN 55302.

Memorials preferred in lieu of Flowers. Memorials will be put towards a bench on the shore of Lake Milacs at Father Hennepin Satate Park or can be sent to Camp Friendship www.friendshipventures.org 10509 108th St. N.W. Annandale, MN 55302.

Cathy, my heart and prayers go out to you and your family.