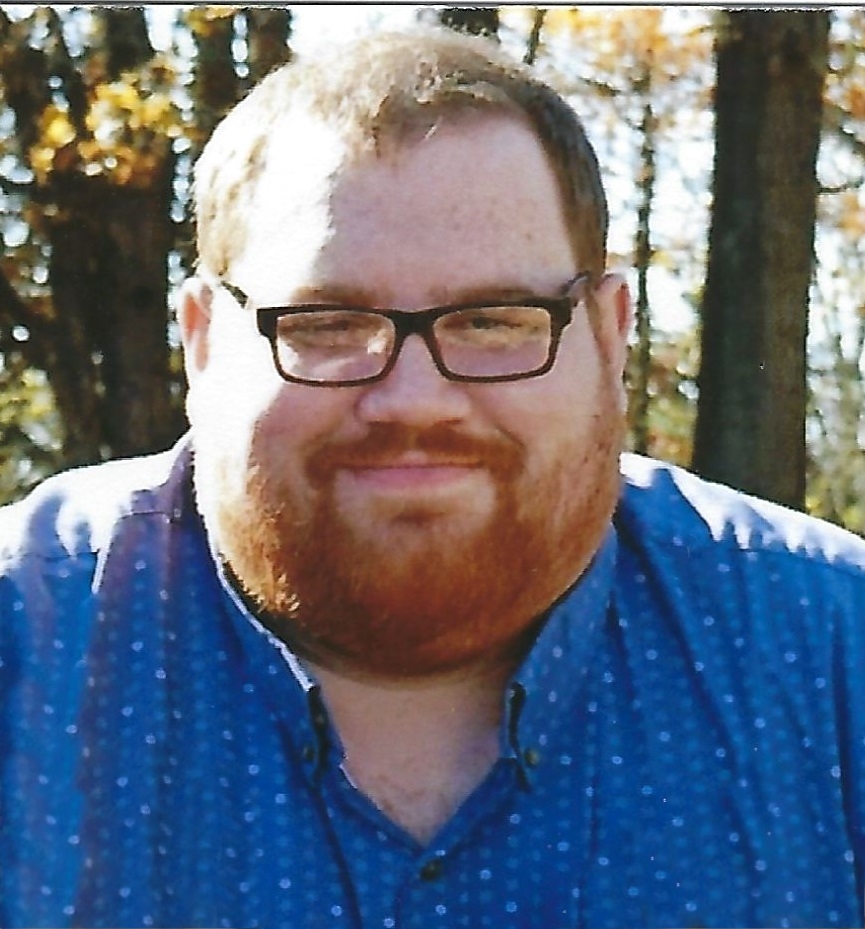 Services celebrating the life of Daniel T. Fruechte, age 30 of Avon, will be 11:00AM, Tuesday, April 13, at Seven Dolors Catholic Church in Albany. Burial will follow in the parish cemetery. Dan passed away Wednesday, at the St. Cloud Hospital, due to complications from Covid. There will be a visitation from 4-8:00PM, Monday, April 12, at the church in Albany. Due to Covid restrictions, and per request by the family, people attending will be required to wear a mask and maintain social distancing. Arrangements are being made by the Miller-Carlin Funeral Homes.
Dan was born September 25, 1990, in Coon Rapids, to Chad and Mary (Wagner) Fruechte. He grew up in the Holdingford area and graduated from Holdingford High School in 2009. He married Stephanie Schwinghammer on November 25, 2011. Together, they built a life they loved. Dan would tell you that his biggest accomplishment in life was his four children. He was a fiercely devoted husband and father, and his love for them was evident in everything he did. Dan also had a love for learning, which continued throughout his life as he obtained multiple degrees relating to business and HR. He was currently working in the Human Relations department for Telcom Construction. Dan had many passions in life, starting with his love of flying. He obtained his pilot’s license even before he had acquired his driver’s license. He shared that passion with his family and friends, frequently taking them up for flights and teaching his children all about airplanes. Dan also loved the thrill of adventure, and was an active storm chaser and skywarn instructor. He loved music and was an avid drum player. He loved the outdoors, frequently photographing the North Shore, and had a love for fishing, particularly trying to catch muskies and northerns. But his biggest passion in life was helping people. His devotion began at a young age, always willing to be a friend. In his teenage years, Dan joined the Bowlus First Response Team, and from there continued his devotion to helping people by going to school to be a paramedic. He was an advocate for multiple causes including Veterans, Autism Awareness, and Mental Health. He was involved in the Minnesota 7th District Board of Ethics. He was also very active in his faith starting at a young age; being a mass server, involved in the choir, and teaching religion classes. He was currently a member of Seven Dolors Catholic Church in Albany.
His kindness and gentle heart will be remembered by his wife, Stephanie Fruechte of 10 years and his four beautiful children; John(8), Emily(7), Benjamin(5), and Nicholas(3), Albany. He will also be remembered by his parents, Chad and Mary Fruechte, Holdingford; his sister, Rebecca (Jared) Fiedler, nieces and nephew Olivia, Bridgette, and Jacob, Albany; grandparents, Mary and Stan Wagner, Royalton, and Bill and Sharon Fruechte, Albany, and many extended family members and friends.

There will be a visitation from 4-8:00PM, Monday, April 12, at the Seven Dolors Catholic Church in Albany

Services celebrating the life of Daniel T. Fruechte, age 30 of Avon, will be 11:00AM, Tuesday, April 13, at Seven Dolors Catholic Church in Albany. Burial will follow in the parish cemetery.

Services celebrating the life of Daniel T. Fruechte will be held at Seven Dolors Catholic Church in Albany.

I watched Dan grow up as he attended weekly Mass with his parents and sister in Opole. He always had a twinkle in his eye and grew up to be a fine human being! My deepest sympathy to his wife, children, parents and sister. Rest in eternal peace with our Lord Dan!

I always seen Dan as a very smart and caring person My prayers to Stephanie and the family.

Dan was a fine young man. Enjoyed working with him in church t Opole. My sympathies to his wife and kids. Also to his parents and sister. May he Rest In Peace.

Thoughts and prayers during this time of loss to all those affected in both Fruechte
And Schwinghammer families.

Dan was always such a great guy, I will never forget when he, Steph and itty bitty baby John came and met Noah in the Hospital, our boys only being born 3 weeks apart. His kind and giving heart never stopped. He would have helped anyone in any situation that he possibly could. Dan was abundantly kind and I was blessed to know him.

Dan was a great friend and helped me out on numerous occasions. I worked with him at three different dealerships and he helped me get two of those jobs. He was a good person and shared his knowledge with me and I will always appreciate that. My sincere condolences to his wife and kids. I know how it feels to loose someone to this awful situation.

Dan got my son started in aviation through the Young Eagles program, also being able to fly before he could drive. That flight lead my son to his first job working in aviation and eventually a career path. There are so many stories like this about Dan. Always giving to make someone else’s life better. My condolences to Steph, the kids and all his family. He will be sorely missed by many.

I truly send my condolces to the family. May all the memories help your grieving process